Walking into Piazza del Gesù you can get an idea of the former majesty of the church in front of you. The Chiesa del Gesù used to be the headquarters of the Jesuit Brothers and also – after the sack of Rome – this city’s biggest church. It was built by Giacomo della Porta after a plan of the great Michelangelo had been dismissed. Once you step inside, you’ll be astonished by the overwhelming richness of decoration on the ceiling and also the apse, both executed by Giovanni Battista Gauli aka ‘Baccicia’. Personally, my favourite aspect of this treasure is its golden dome and the fact that you can admire the striking ceiling from a mirror installed on the floor so you can view all details without having to worry about a stiff neck the next day. 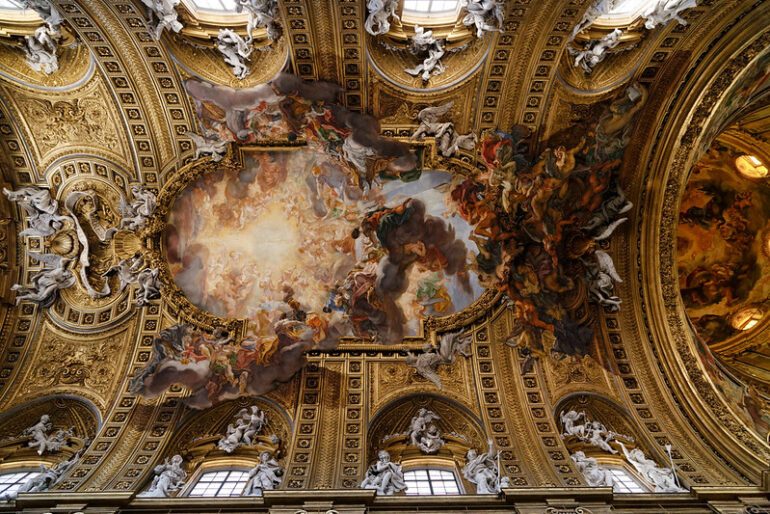 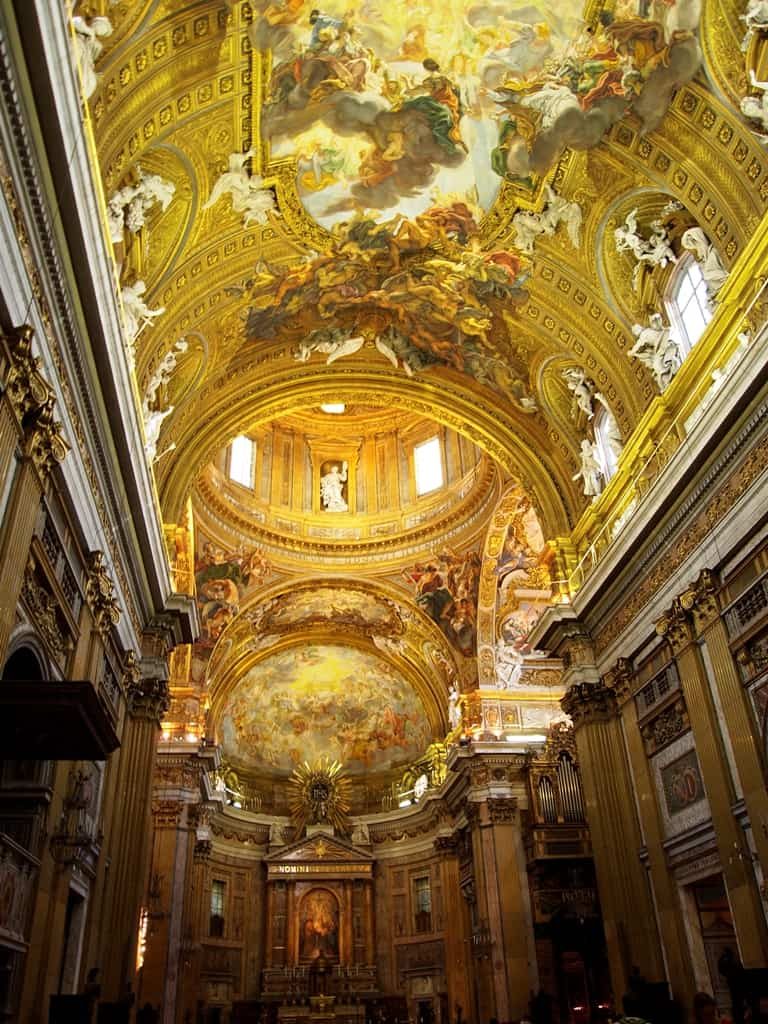 Finally, don’t miss the opportunity to access the corridor and private facilities of St. Ignatius himself, the founder of the Society of Jesus. These rooms are the only remains of the original complex, which was entirely destroyed by a flood in 1598. Construction underneath and around this room and corridor was what kept it as a treasure for us to discover.