This exhibition will take you on a magical journey through cinema. 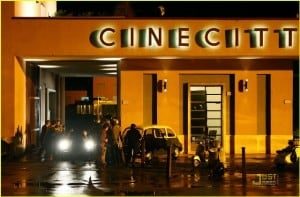 These historic film studios have played a giant part in the history of Italian and Hollywood cinema. Created back in the 30s by Mussolini under the timeless tagline, “Il cinema è l’arma più forte” (Cinema is the most powerful weapon), this is one part of Rome worth making a trip out to see.

There have been some veritable classics shot here over the years, including the epic Ben-Hur and Cleopatra modern films such as Mel Gibson’s The Passion of Christ , Martin Scorsese’s Gangs of New York and Rob Marshall musical Nine. However, perhaps it is most renowned for being the home of Italy’s most internationally recognized director of all time: Federico Fellini. It doesn’t get more Roman or more acclaimed in cinema history than La Dolce Vita.

The grounds are actually the largest studio in the whole of Europe and you can enjoy private or group tours of the entire area. It’s located just 9km out of Rome making it an easy day trip for any cinema buff. 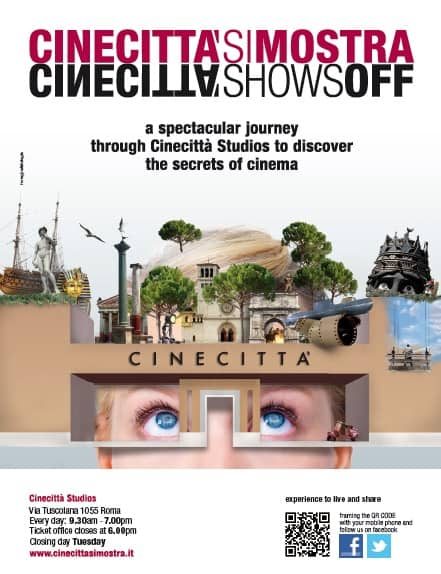 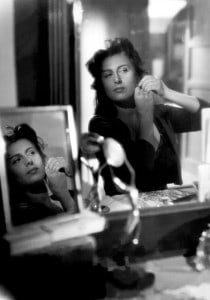 Cinecittà includes 19 indoor sound stages and a number of outdoor sets that from time to time undergo different setups according to the needs of the ongoing film and TV productions. Three large permanent sets can be toured every day with specialized guides.

You will be guided through monumental sets and a precious collection of set dressing items coming from the most significant films shot at Cinecittà. You can get up close to costumes worn by international stars such as Marcello Mastroianni and Anita Ekberg ; be enchanted by the wonderful sketches of the most renowned designers; and be taken directly into the heart of the Dream Factory. The exhibition traces the history of Italian and International cinema, explaining the crafts necessary to make a movie.

It allows interactions with the different audiovisual languages in the section called ‘Backstage– An Educational Path to Cinecittà’ . It’s an exhaustive homage to the most important costume and production designers, allowing visitors to perfectly understand how many professionals are required to make a movie successful. It is also possible to take a complete tour through the resident sets that are still used today for all kinds of audiovisual, domestic feature films and international productions. Expert guides will accompany visitors to the set of Broadway/New York, previously used by Martin Scorsese’s ‘Gangs of New York’ and recently revamped for Paul Haggi’s ‘Third Person’. Guests can be taken through Florence in the 15th century and to the incredible ‘Ancient Rome’ location, which hosted the renowned period TV series, with your guide providing insight into all the details of this mammoth production.

The exhibition is divided into three parts, offering an interactive approach to the history of the Studios, with a particular focus on the Italian and International cinema productions and trades.

Why Cinecittà (1937-1943) is the first route of the exhibition, which explores the origin of Cinecittà, from the 30s to the Second World War, the reasons behind its architectural design as well as the personality and influence of Federico Fellini.

Shooting in Cinecittà (1943-1990) is the second route and it explores the making of the most important productions that have contributed to the history of cinema and to the legend of Cinecittà.

Backstage – Cinecittà’s Educational Route. This is the third route, which offers a glimpse into the various cinema trades, with six rooms dedicated to film direction, screenwriting, sound editing, costumes and visual effects.

Via Tuscolana, 1055
Metro A Cinecittà 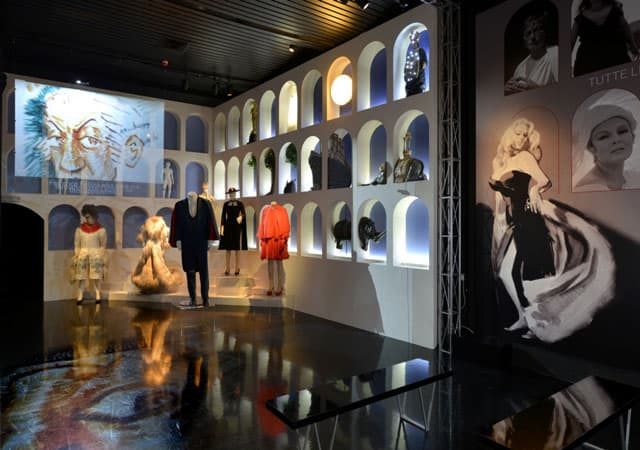 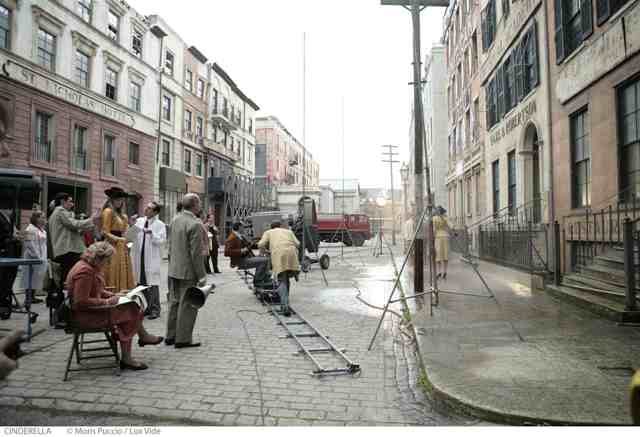