Get ready for the 8th edition of the Nordic Film Fest. Following the success of the previous editions, from 2 – 5 May the festival will take place at Casa del Cinema. This year’s theme? “Confini/Borders”, not only in a geographical sense – like the borders between the Nordic countries with their diversity and multicultural richness – but also as a symbol of the different ways in which each of us thinks, acts and interconnects.

Born with the intention of promoting the cinematography and culture of the Nordic countries (Denmark, Finland, Island, Norway and Sweden), the festival will present 13 films, 2 documentaries and 4 short films. In addition to screening with subtitles in Italian or in English, the program also includes presentations and meetings with 9 Nordic guests, from directors and actors to screenwriters. 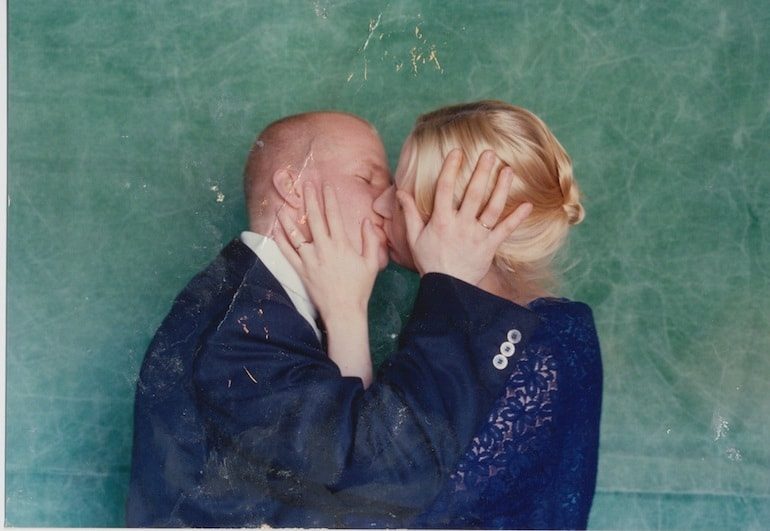 To officially launch this year’s edition will be the screening of “Becoming Astrid” with the presence of the producer Lars G. Lindström and actress Alba August. This autobiographical film tells the story of Astrid Lindgren, one of the most prominent writers of children’s literature of the 20th century, author of the best selling novel “Pippi Longstocking”. The movie tells the story of young Astrid who decides to break society’s strict rules of the1900s to follow her heart. The film received 7 nominations for the Guldbagge Awards (the most important film award in Sweden), including best film and best actress.

Before the opening, the Finnish documentary “Every Other Couple”, on the stories of divorced couples, will be screened and introduced by director Mia Halme. The documentary was nominated for the best international documentary at the Hot Docs Canadian International Documentary Festival. 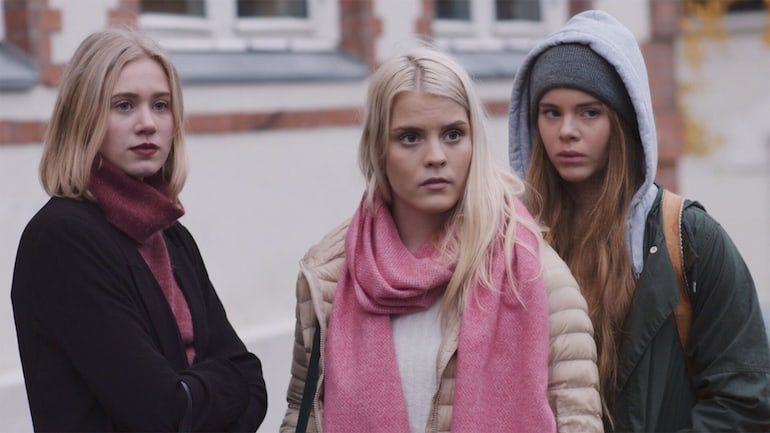 New this year is SKAM, which arrives for the first time at the Nordic Film Fest. If you haven’t been keeping up, SKAM is the web series produced in Norway that has rapidly become an international phenomenon, born from the NRK P3 channel in Norway and brought to Italy by TIMvision. There will be two moments during the festival to learn about the history and social language of the “teen drama”: the morning of May 4th, from 10am to 1pm, with a meeting in collaboration with Bam! Cultural Strategies, the NORDIC FILM FEST hosts NRK P3, producer of SKAM Norway. The meeting will be attended by Marianne Furevold (SKAM NRK P3), Ludovico Bessegato (SKAM TIMvision), Prisca Cupellini (MAXXI) and Janet De Nardis (Rome Web Fest) with the moderators of Bam! Cultural Strategies Federico Borreani and Francesca Lambertini; and Sunday May 5th at 4pm, where a “marathon screening” of SKAM with four episodes of SKAM Norway (screened for the first time at a cinema in Italy) and a surprise from SKAM Italia.

As in previous editions there will be a section dedicated to Storytelling, edited by Writers Guild Italia. The meeting with guests of the Nordic Film Fest, representatives of the film industry of the Nordic countries and Italian scriptwriters, will address the issue of “gender” of writing. The meeting will be held at the auditorium of Finnish Embassy, Friday May 3rd at 10am. Registration is mandatory.

Among the other films, documentaries and shorts we have the dramatic comedy “Void” presented by the director Aleksi Salmenperä, on the prices of success and the fear of failure, about mutual incomprehensibility in a couple relationship. The four times award-winning film of Jussi Awards (the most important film award released in Finland), including best film and best director, will be screened on May 3rd at 9.30pm. 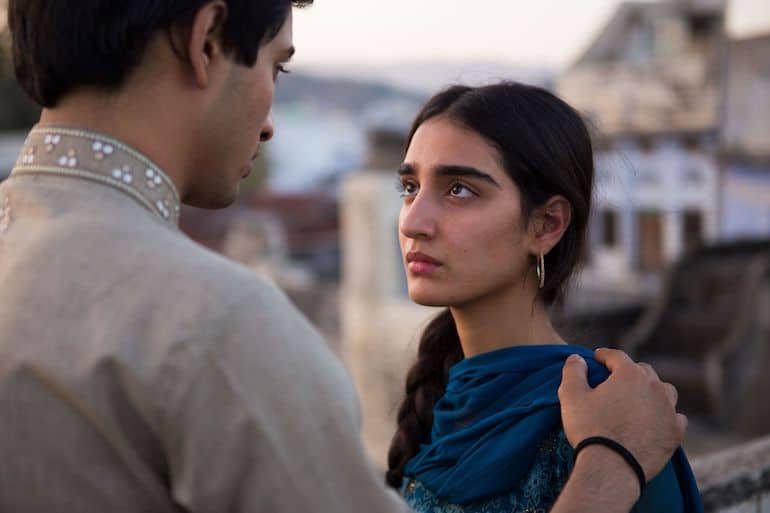 Staying true to traditions, this year’s edition will also have a special section entirely curated by the Circolo Scandinavo, with screenings of films and shorts with Nordic guests on Saturday May 4th from 4pm – 8pm. The feature film presented in this section will be “We Are Like Oranges” introduced by the Swedish director and screenwriter Cecilia Gärding. The film addresses the issue of racism in Sweden in a sort of saga inspired by “Alice in Wonderland ”, while the Finnish director Pia Andell will be present at the screening of the shorts.

At 7pm, don’t miss out on the the Swedish film “BORDER – Creature di Confine” by Ali Abbassi, and presented by the producer Piodor Gustafsson. This Oscan nominated film for best make-up and hairstyle both worries and amazes, crossing a fictional atmosphere and social commentary. The film has also been awarded best Un Certain Regard film of the last Festival of Cannes, 4 nominations for the European Film Awards, winner of the Noir in Festival, winner of 6 Guldbagge Awards, including best film and best actress.

At 9.30pm is the screening of the Norwegian film “What Will People Say”, presented by the director Iram Haq. An autobiographical film on the life of a 16-year-old, daughter of immigrants with Pakistani origins in Norway, who is violently disrupted when her father finds out she’s dating a peer, deciding to send her back to Pakistan and forcing her to be submissive. The film was selected by Norway for the 2018 Academy Awards, winner of 4 Amanda Awards (the most important cinema award released in Norway), including best director, best actor and best screenplay. 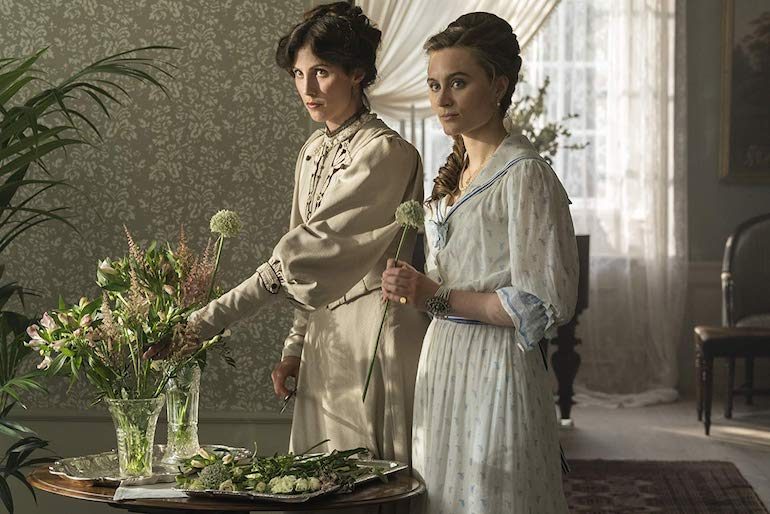 On Sunday at 6.15pm, the Danish “A Fortunate Man” , the most recent film by director Bille August, Oscar winning and twice Palma d’Oro at the Cannes Film Festival, reenactment of the novel “Lykke-Per” and selected among the candidates for the 2019 Academy Awards, will screen.

The closing film of the Nordic Film Fest is the Icelandic “Woman at War”, which will screen at 9.30pm. Directed by Benedikt Erlingsson, presented as a world preview at the Semaine de la Critique of Cannes, film winner of the European Lux Prize; it’s a comedy outside the schemes that combines emotion, commitment and fun. The protagonist looks like an ordinary woman, but behind the everyday routine hides a secret eco-terrorist life against the multinationals that are ravaging the earth, the beautiful Iceland. The film will soon have an American remake, directed, produced and performed by the two-time prize Oscar Jodie Foster.