Where are we now?

This year, the jam-packed line-up of the 32nd edition of the Romaeuropa Festival is set to delight, inspire and entertain all ages from the 20th of September until the 2nd of December.

A dazzling array of theatre, dance, circus, art, technology and music will be showcased at 24 different venues throughout the city. More than 300 artists from 32 different countries will come together to create a kaleidoscope of expressive forms that investigates the question, “Where are we now?”, the title of this year’s festival.

REF17 kicks off on the 20th of September at Teatro Argentina with the Italian debut of Kreatur (20–23 Sept; Teatro Argentina). This avant-garde production incorporates the talents of acclaimed German choreographer, Sasha Waltz, with the powerful stylistic creations of fashion designer, Iris van Herpen, whose designs include some of the more eccentric outfits worn by pop stars such as Björk and Lady Gaga, and the music of the New York band, Soundwalk Collective.

Another dance performance that cannot be missed is the South African choreographer, Dada Masilo’s, cutting-edge reinterpretation of the ballet Giselle (28 Sept–1 Oct; Teatro Olimpico). Having conquered the audience with her personal interpretations of Swan Lake (REF 2013) and Carmen (REF 2014), Dada Masilo continues to focus on reworking classical Western narratives as a means to depict the diverse and tumultuous world we live in today. 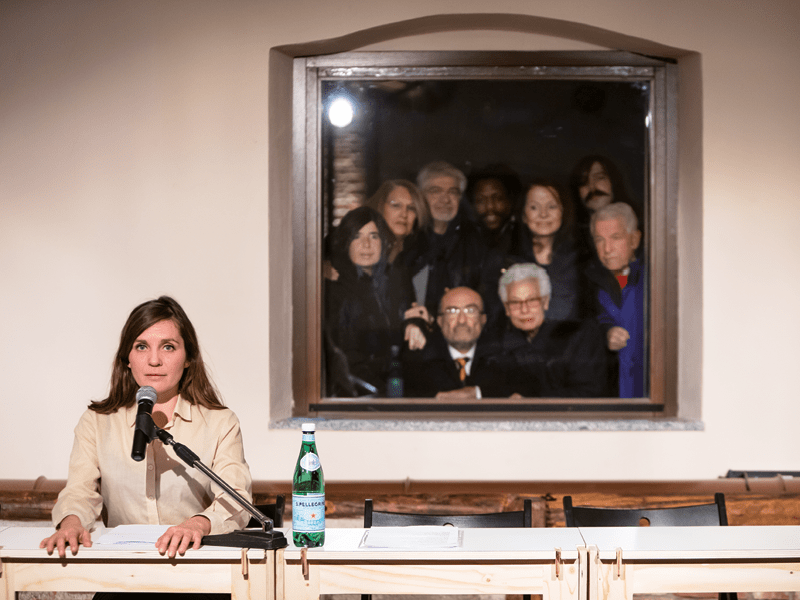 If you’re looking for an immersive, one-of-a-kind theater experience, then look no further than Marleen Scholten’s Who is the real Italian? (24 –25 Nov; Teatro Biblioteca Quarticciolo). In answer to this question, the Dutch collective, Wunderbaum (that takes ordinary citizens and uses them as actors) invites us to a real housing association meeting in an apartment block in the Quarticciolo neighbourhood of Rome.

This year, the audiovisual productions promise to be just as innovative. For example, Lumiere III (4 Oct; Teatro Argentina), Robert Henke’s much anticipated audiovisual performance, will use high precision lasers to draw rapid successions of abstract shapes on a screen in perfect synchronization with electronic music. The show is also a preview of the eighth edition of Digitalife, which, for the very first time, will be presented in the prestigious exhibition halls of the Palazzo delle Esposizioni.

Some of the other highlights include, but is most definitely not limited too, Sidi Larbi Cherkaoui’s production, Fractus V (26–27 Sept; Auditorium Conciliazione), Jeff Mills and Tony Allens extraordinary collaboration entitled Amical Music (1 Oct; Auditorium Parco della Musica – Sala Sinopoli) and, from Spain, Agrupación Señor Serrano’s Birdie (28–29 Oct; Teatro Vascello), that deals with the theme of migration and movement of information, goods and men in the world.

Also, if you have little ones, make sure not to miss the latest addition to the festival, REF Kids. A fun and exciting array of international shows for younger audiences (from 18 months up) will be held on three different weekends at La Pelanda – MACRO Testaccio and La Factory.

For the full program and more details on the upcoming events, visit: romaeuropa.net

from 20 September till 2 December

Free and ticketed events, check the website for details and individual prices.