Time is out of Joint & The Museum Beauty Contest

La Galleria Nazionale d’Arte Moderna e Contemporanea of Rome is starting the year off with two distinct, ongoing exhibitions. The museum’s new layout and design was presented to the public last October after a rigorous renovation that lasted for six months. Its fresh and contemporary look was curated by Saretto Cincinelli and museum director Cristiana Collu. Current exhibition Time is Out of Joint organizes works that are compiled from the museum’s already existing collection alongside new pieces to create a dynamic and unique retrospective. 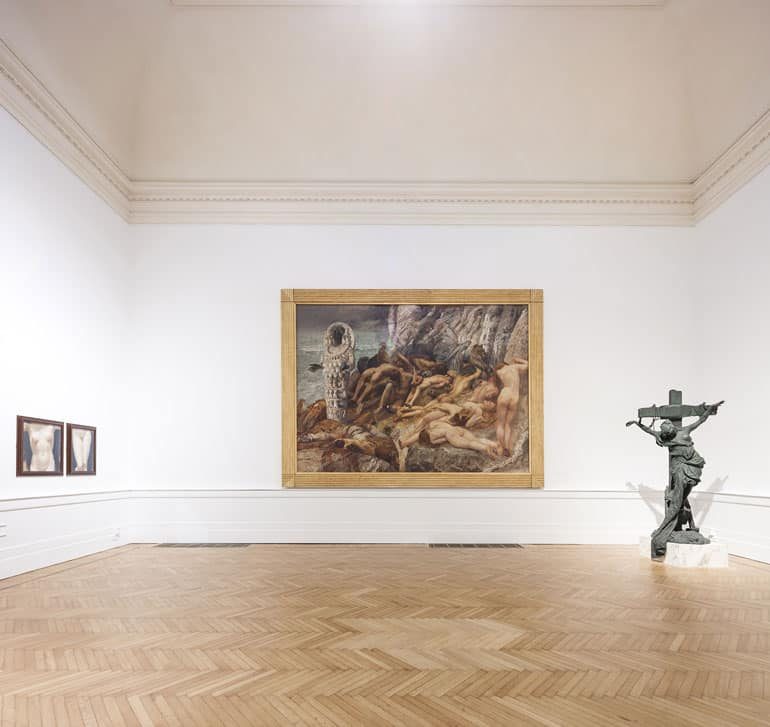 Time is assembled in a contemporary style compared to the common approach to curation: rather than bringing together certain works according to their art historical eras and styles, Collu and Cincinelli design every exhibit hall to embody a specific theme, colour, form or style to link each work to another. The exhibition’s title is specifically chosen from Shakespeare’s Hamlet, a reference to the flexibility and adaptability of time. By positioning these works out of their ordinary and expected places, the curators push the viewers to approach each artwork from an individualistic point of view. Instead of observing these pieces because they are a part of a certain art historicism, viewers’ attitudes towards the artworks take a more exclusive form. With or without having a background in art, this new face of La Galleria shows a different side of both the existing collection and new works. The exhibition can be seen until April of 2018.

The Museum Beauty Contest, a project directed by Paco Cao, is shown alongside Time is Out of Joint. The artist created a “beauty contest” by first compiling 35 male and 35 female portraits from the collection of the National Gallery of Contemporary and Modern Art in Rome, including works by Giorgio de Chirico, Vincent van Gogh, Umberto Boccioni, Giovanni Boldini, Vincenzo Gemito, Michelangelo Pistoletto, Vittorio Corcos and Amedeo Modigliani and several other anonymous artists. Next, museum staff and guests were encouraged to vote and choose 18 portraits from each group, with votes cast based on each subject’s physical attractiveness, attitude, and style.

From February to March 2017 the finalists will be exhibited in the main gallery of the museum to be voted upon once again. You can cast your vote either online or in person at the museum. On March 27th, the winners of the beauty contest will be announced. Says the artist of his inspiration, “ “What might seem like a childish exercise at first, is actually nothing less than a work of political art, which asks the question: how do you organize a beauty contest without turning the contestants into erotic objects and consumer products? The answer: by using works of art from the past, with whom it is virtually impossible to have a carnal relationship.”

The National Gallery of Modern Art