The former Akbar, located on an inconspicuous corner in the Trastevere neighborhood, has been transformed into Alembic Bar. Named after a distillation instrument used since ancient times, the new locale is less a replacement than it is a continuation of its predecessor, which functions all at once as a bar, restaurant and art gallery. 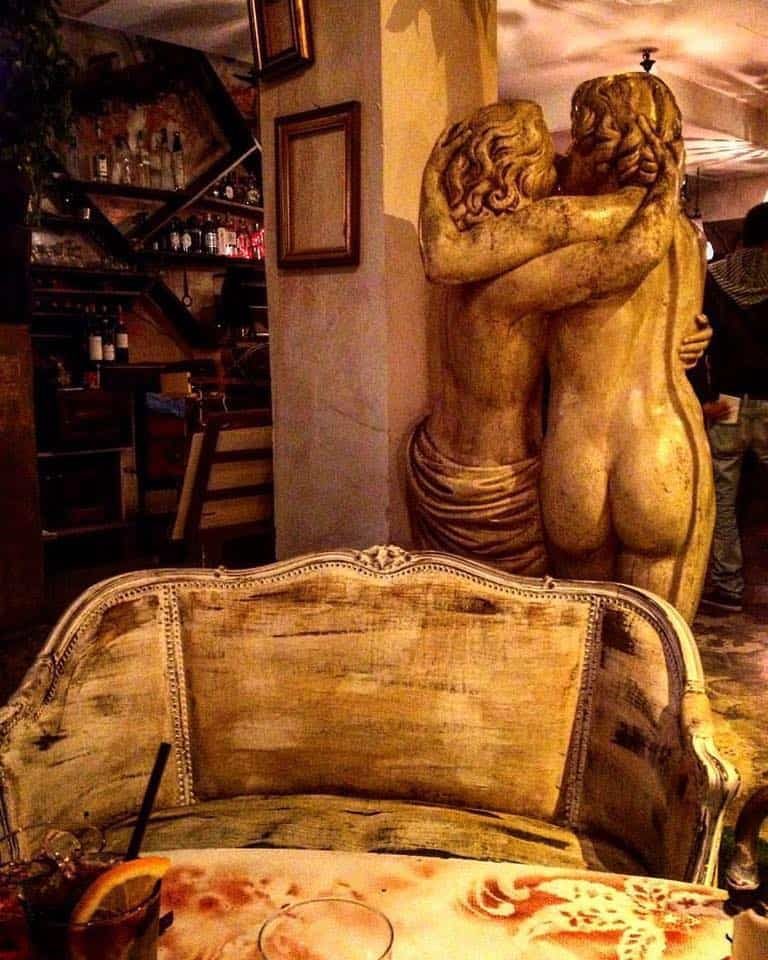 The interior design and decorations have a classic Roman decadence to them, which is meant to remind the visitor of an artist’s residence in Trastevere. Gilded frames, an old fountain and antique chandeliers hang from the walls, while tilting Roman columns hold up the bar and a statue of two figures kissing stands near the dining area.

The menu is mostly composed of elegant appetizers and cold, lighter fare including a variety of meat and fish tartares and a wide selection of vegetable dishes. A series of housemade desserts and locally purchased teas complete the menu.
If you are in the mood for an aperitivo, there is one offered daily for 10 euro, which includes a cocktail from a creative drink list, and an abundant buffet of fresh veggies, focaccia, salad and pasta. 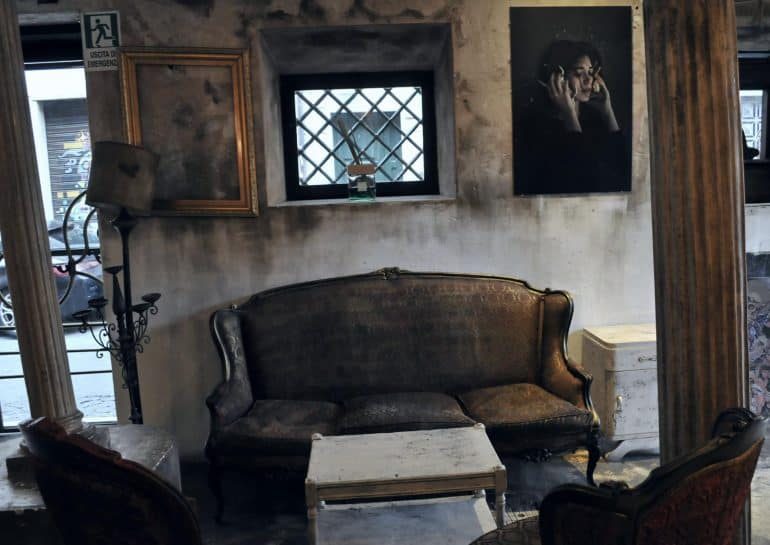 In the back corner the music stage is dimly lit by dripping candles, an area which hosts live jazz on Sunday nights and rock on Thursday.
You must search carefully to find this spot, as the exterior is intentionally unmarked. In this way, Alembic can stay true to its roots as an artistic project, attracting curious observers as they walk the ancient streets.