The well-known power brand, Fendi, has been amongst the leaders in high-end fashion since the 1920’s with their luxurious goods ranging from clothes to bags to accessories. A testament to its near century reign in the fashion world, Fendi has even crossed over into pop-culture as their designs have been donned by the world’s most famous actresses in various movies, such as in The Devil Wears Prada, Sex and The City, and To Rome with Love. So naturally there is no better way to marry the two, fashion and film, than to display the various Fendi outfits worn in cinema at the Fendi Studios in Rome.

The Fendi Studios is part of an exhibition being held now until March 25, 2018 at the Palazzo della Civiltà Italiana in Rome, which celebrates Fendi’s 60-year relationship with the world of cinema. Here you will be able to experience an immersing, interactive exhibition which takes you into the world of cinema, displaying the various Fendi pieces worn in film throughout the years. 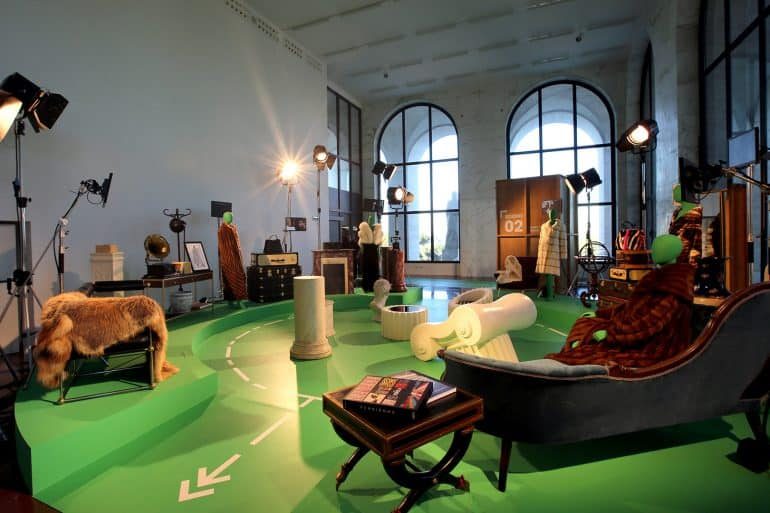 A walk through the exhibition is like taking a blast from the past, seeing items worn from several well-known films. Each piece is dated with the movie it appeared in, as well as the year, and draped along mannequins for a more “realistic” feel. You’ll see pieces such as Gwyneth Paltrow’s fur coat from The Royal Tenenbaums and Tilda Swinton’s red silk cloak from The Grand Budapest Hotel. 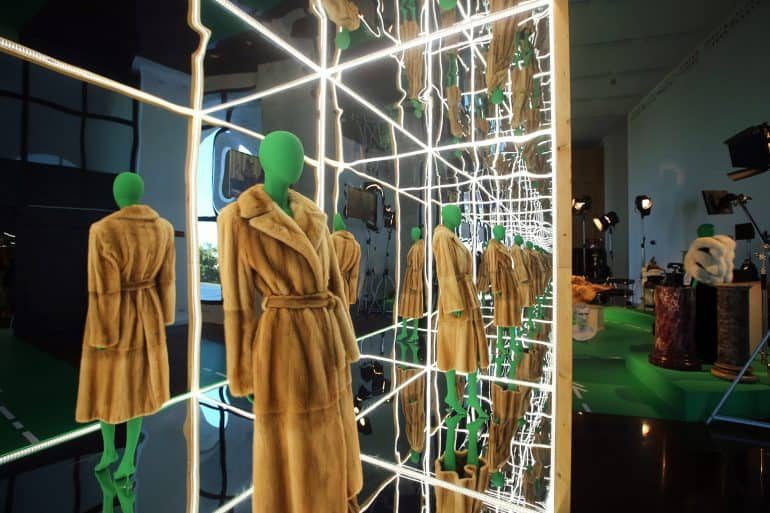 The exhibition is compiled of several rooms, the first complete with a green screen and a gorgeous 1960’s convertible, which then leads to several other interactive movie stages and even a real cinema! The Fendi Cinema is located at the end of the exhibition, which is a vintage style movie theatre open exclusively to the public to view films every evening, now through April 8th. A different film is projected every day (in Italian) and guests are welcome with prior registration. Check the program here: eventbrite.com 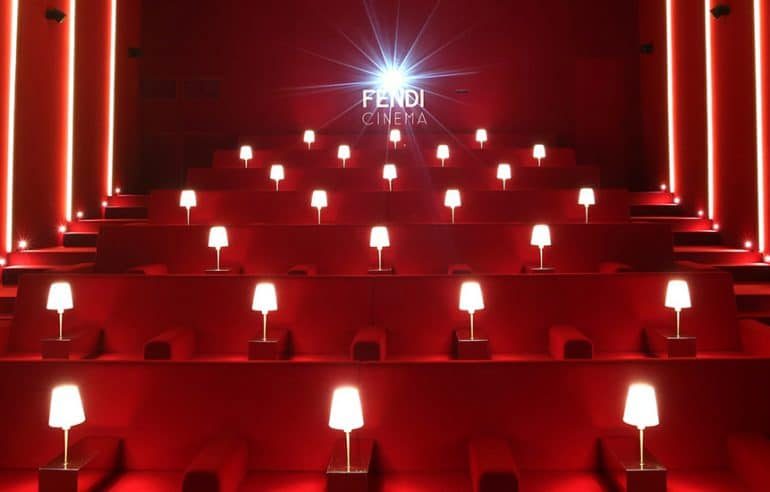 Not far from the city center by car, the Palazzo della Civiltà Italiana, is a stunning building to see on its own from the outside. Also referred to as, il colosseo quadrato, this building is well known for its architecture and symmetry and has likely shown up in your Instagram feed on numerous occasions. 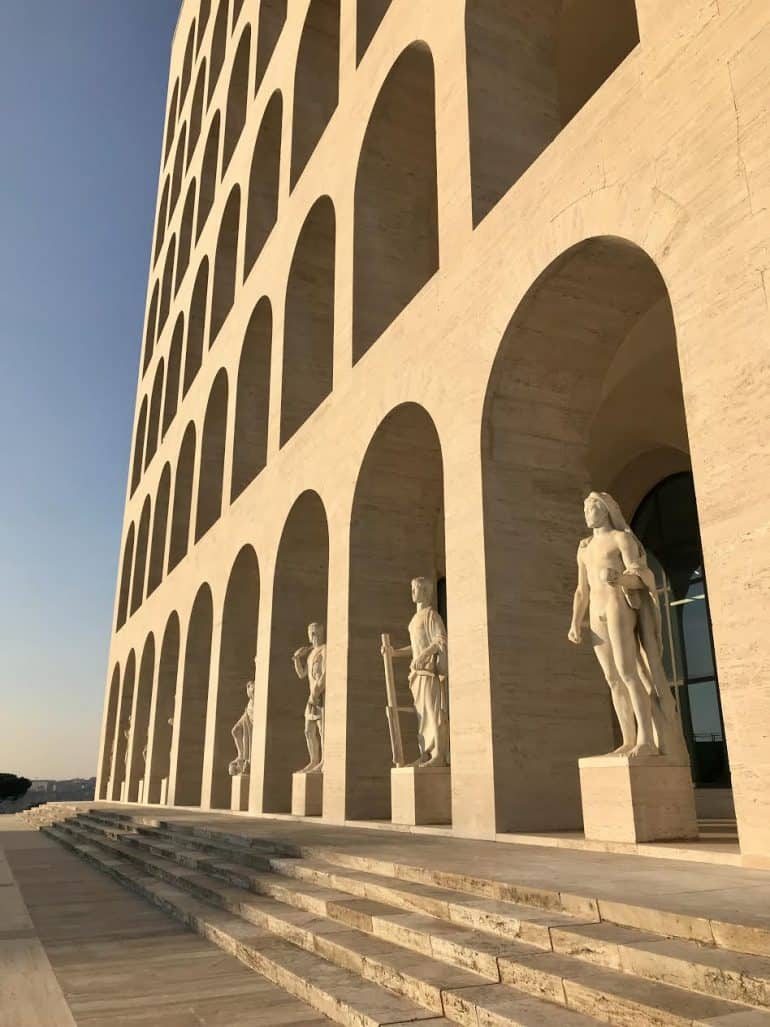 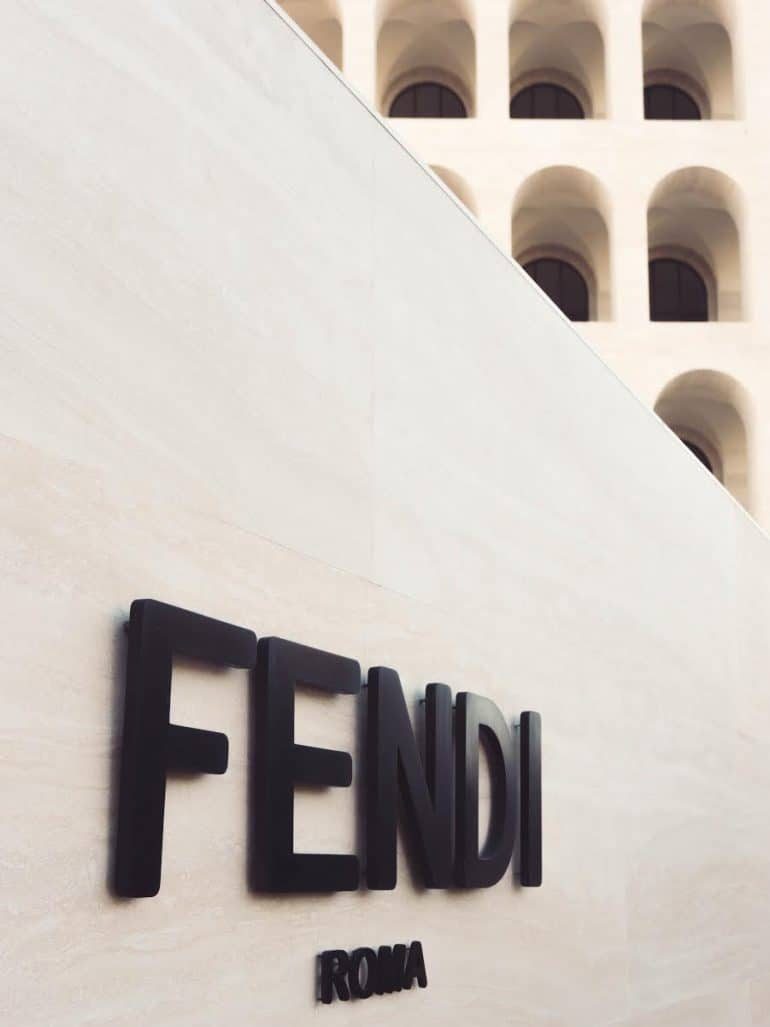 The best part of the exhibition is that it is completely free! So if you have an interest in fashion and film, visiting the Fendi Studios is definitely a must. It’s a fun and different way to learn more about Italian fashion and enjoyable for both teenagers and adults alike.

Exhibition open daily from 10am – 8pm.