When imagining la dolce vita in Rome, tradition, religious customs, and a virtuous reverence to the Vatican may spring to mind. Even though these concepts may initially appear incompatible with a thriving gay community, Rome’s diverse and virile undercurrent proves otherwise. Although it’s still considered conservative by Italian standards, the Eternal City, has recently witnessed a colourful sprouting of gay bars, clubs, and events that give some of Europe’s other queer scenes a run for their money. Although not quite parallel to the energy found in London’s Soho or Berlin’s Schӧneberg, Romeing shares with you some of Rome’s hottest gay venues fit for a queen! And with The Roman Gay, the LGBT community even has its own tour operator that specializes in gay-friendly tours. 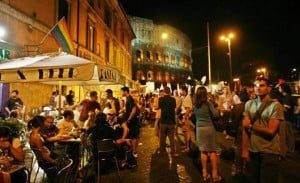 Via di San Giovanni in Laterano, 8 (Colosseo)
Open everyday: 7am – 2am
comingout.it

With the title Coming Out, it could not be any clearer that the boys behind this bar mean business when it comes to a gay place to hit in town. Located on Rome’s iconic Via di San Giovanni in Laterano, a.k.a the ‘gay street’ since 2007, Coming Out is the perfect haunt to initiate your night of frivolity. The bar boasts a range of well-priced cocktails and is sure to get hips moving with its non-stop playlist of both modern and retro pop hits. Also serving breakfast, lunch, and dinner, Coming Out is the one-stop gay venue for a perfect sojourn in Rome. 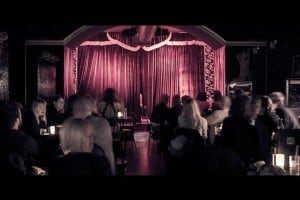 With their Conventicola degli Ultramoderni, “Mirkaccio” and “Madame De Freitas” have lit a fire under Rome’s bar scene, carrying a style that can best be described as vaudeville meets variety show meets café chantant. Hosting about a dozen, vastly different artists each night, along with the occasional burlesque performance, this venue is like nowhere else in Rome. Mirko, having taken on the stage name of “Mirkaccio,” begins every evening singing and playing piano. He wears black eyeliner and has a long, well-groomed mustache. While Madame De Freitas takes the stage to croon diva-inspired songs in her cabaret act. 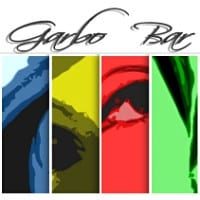 While Trastevere may be more commonly associated with souvenir shops and an onslaught of photo-snapping tourists, it is also home to one of Rome’s best kept gay bar secrets, Garbo Bar. Ensconced in a minute, cobbled vicolo, this intimate bar is embellished with chandeliers, wrought iron chairs, and rouge curtains, reminiscent of a madame’s boudoir. To accompany the enchanting aesthetic, Garbo serves a delectable mix of cocktails, beer, and wine certain to spice things up. 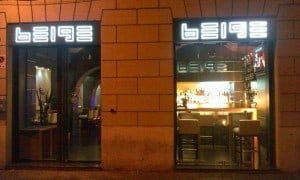 Neutral name, colourful ambiance! Beige bar has developed a steadfast reputation when it comes to gay friendly cocktail bars in Rome. Serving a thoughtful collection of freshly-prepared drinks, which are about as addictive as some of their respective names suggest, take the ‘beige addiction’ for example. Beige Bar is a great destination to spend an evening with fellow comrades and new acquaintances. To get the party well and truly started the bar also welcomes live music, DJ sets, and themed parties for the true dance aficionados. 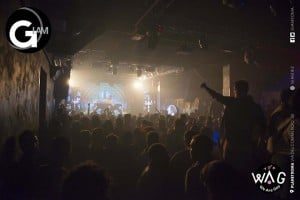 Gay clubs are often synonymous with dancing and live shows, and Planet Roma is no exception to the rule. Every Saturday night at G I AM, which stands for ‘gorgeous I am’, party revellers of all demographics take to the floor in a vibrant dance party which lasts to the wee hours of the matina. Comprising of four main rooms catering to both gay and lesbian crowds, G I AM offers various musical genres including techno, electro, reggae, hip hop, house, rock, and latin american. With the finest Saturday dance club penciled in, all that’s left to organise is your best pair of dancing shoes and you’re set for your glimmering serata. 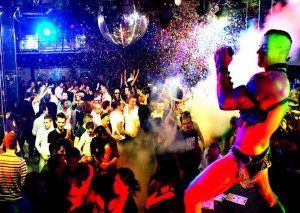 If you ever hear people proclaiming Muccassassina is a disco institution in Rome, question not, they are right. Starting in the early nineties as a self-financing party, Muccassassina has evolved over the past 25 years into a well-established and respected club for both gay and straight guests alike. Spread over three floors, dance revellers can appreciate a mix of genres ranging from guilty-pleasure pop to thumping techno and house. Thanks to the clubs formidable international reputation, many well-known DJ’s are also known to frequent the space and mix fine Friday tunes. 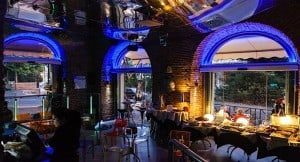 Who ever said Sunday was the day of rest? At Oppio Cafe, the flame of weekend revelry still burns bright with its weekly open buffet and dance party. Hungry tummies are indulged in an expansive buffet which operates from 8pm – 10pm, then all the carbs are burnt off in the proceeding dance-a-thon. Showcasing live drag performances as well as a mix of DJ’s who spin techno and house sounds, this truly is the ideal haunt in which to dispel the Sunday wooes. 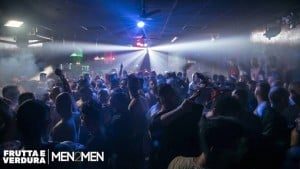 Ready for some early morning action…in the form of dance? Situated a little out of the city centre in an inconspicuous street of Magliana, Frutta e Verdura has developed a loyal following for committed party goers who don’t want the party to end. Welcoming gay, straight, and transgender, this colourful after-hours haunt keeps the dance spirit alive with its intensely bumping electronic sounds. As well as the main dance floor, there is also a cruise room and outdoor terrace. 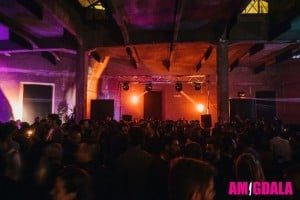 Every month this queer culture party takes up residence in one of the city’s clubs or public spaces, churning out electronic and techno sounds certain to get dance groovers feeling extra groovy for their night on the town. See website for monthly venue details. 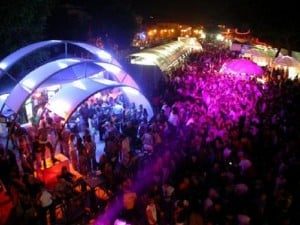 During the summer months, while the city’s central clubs take solace over the warm season, Rome’s Gay Village erects camp in the EUR district, providing a stellar outdoor dance party. Boasting three main stages, and various food and drink trucks, this is the ideal venue for an eventful evening of summer haze revelry. Attracts both straight and gay crowds.