Rome is one of the few remaining European capitals where English speakers can’t get away with speaking more loudly, hoping to be understood. This is part of Rome’s appeal – its refusal to capitulate to Starbucks and Boots – and how it holds anyone who can’t speak the local language at arm’s length. 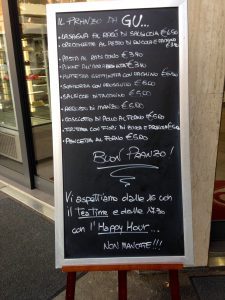 To move through the city with no Italian is to miss out on much the city has to offer; to acknowledge, from the start, that you will not get the jokes and gentle flirting of the elderly waiter in a Testaccio trattoria. You will not succeed in ordering the lunch plate with pasta, vegetables, water and coffee for only five euros, because your awkward half-English order will inevitably cost more. You will never figure out how to recharge your phone by following the voice instructions of the Vodaphone touch-tone nymph. (Entreat the man behind the counter at the tabaccheria to do it for you.) And you will forever scratch your head about why all the trams were stopped and emptied on Viale Trastevere one Sunday afternoon.

If you accept your fate as a non-Italian speaker, but still want to visit Rome without front-loading with Duolingo or Babbel or Memrise apps on your phone, here are some other ways to get around the city: 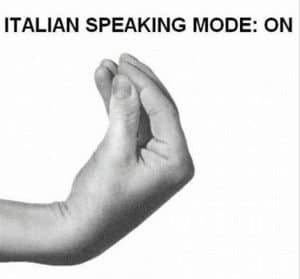 Eventually, every visitor realizes that a bit of Italian is in order, whether it’s private lessons, group classes, (www.romeing.it/category/features/italian-language-schools-rome/), or the apps mentioned above.

Finally, a cautionary tale. On a recent afternoon, I was in the post office, trying to mail a letter. I had already been sent back from one window to choose another line when I saw a woman, standing at one of the windows, asking the postal workers for help in English. She was visiting from Germany and wanted someone from the post office to get on the phone and talk to her Airbnb landlord. The postal workers weren’t even looking in her direction.

“Oh no no no!” I told her, “not here!” They won’t even help me get in the right line…to give them money…for their own services. Instead, we found a youthful customer who could translate.

As it is in many of our countries, government institutions are often the last places to provide help. Look, instead, to the people on the street, who are flattered you’ve chosen to visit their home, and quick to laugh when Rome, as ever, refuses to bend to your will.