If you’re tired of being herded through Rome’s overcrowded museums with never enough time to look at the artworks in detail, we recommend you visit Palazzo Altemps. Situated at the very heart of Rome close to Piazza Navona, this museum of ancient art allows its visitors to linger and enjoy both the collection and the palazzo without any stress. As you enter from the buzzing streets, you will relish the peacefulness of the beautiful inner courtyard and the spacious rooms holding the collection. 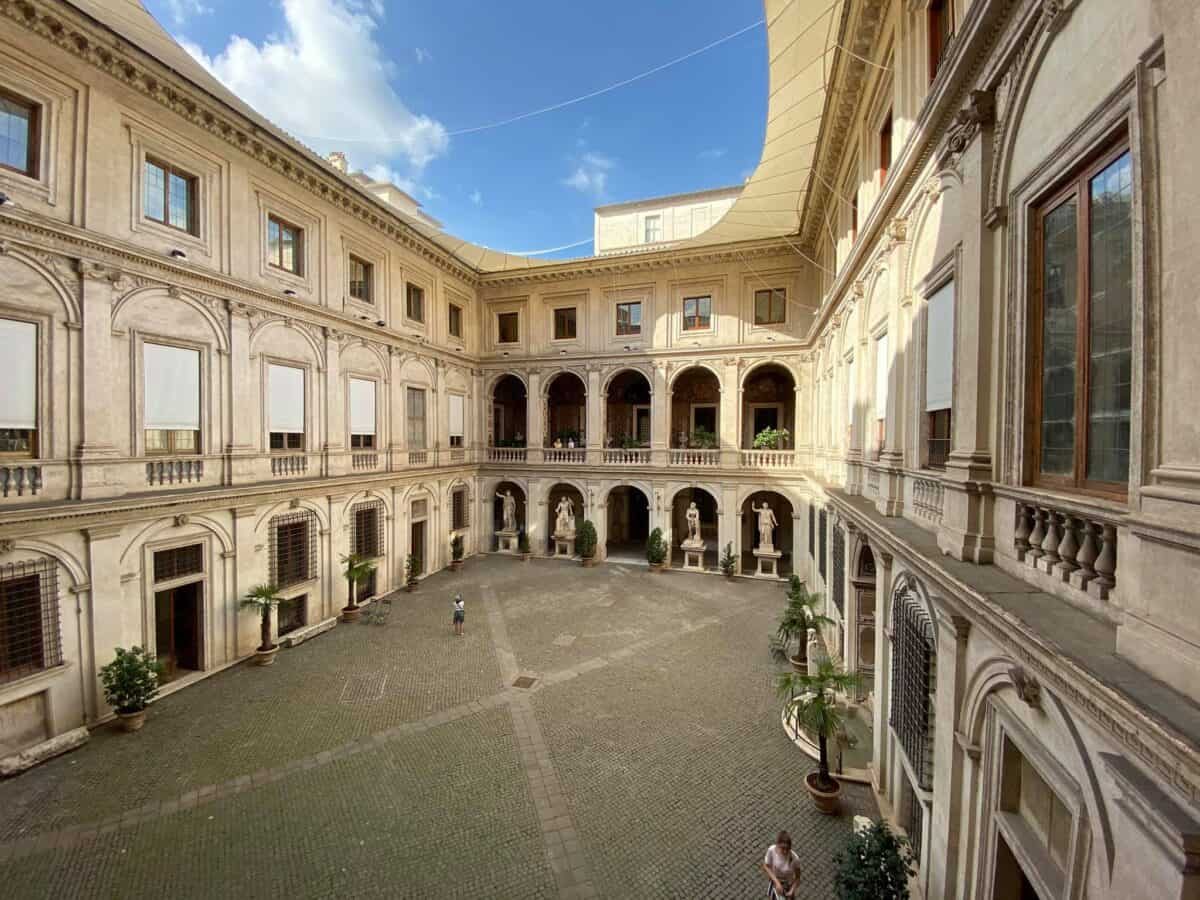 Built in the 15th century by the Riario family, Palazzo Altemps came into the possession of the Altemps family in 1568, and has been housing parts of the collection of the National Museum of Rome since 1997. The collection comprises Greek and Roman art, as well as a small section of Egyptian art.

Among the many sculptures exhibited at Palazzo Altemps, one of the absolute highlights to see is the famous Ludovisi Throne, datable to the beginning of the 5th century BC. Despite its name, the carved marble block probably formed part of an altar. The front relief shows what is believed to be the birth of Aphrodite – the goddess is emerging from the sea, helped by two female figures. The two side reliefs, respectively, depict a nude female flute player and a woman making a sacrificial offering. The sculpture, discovered in 1887, immediately became the most discussed piece of ancient art among the Roman elite. 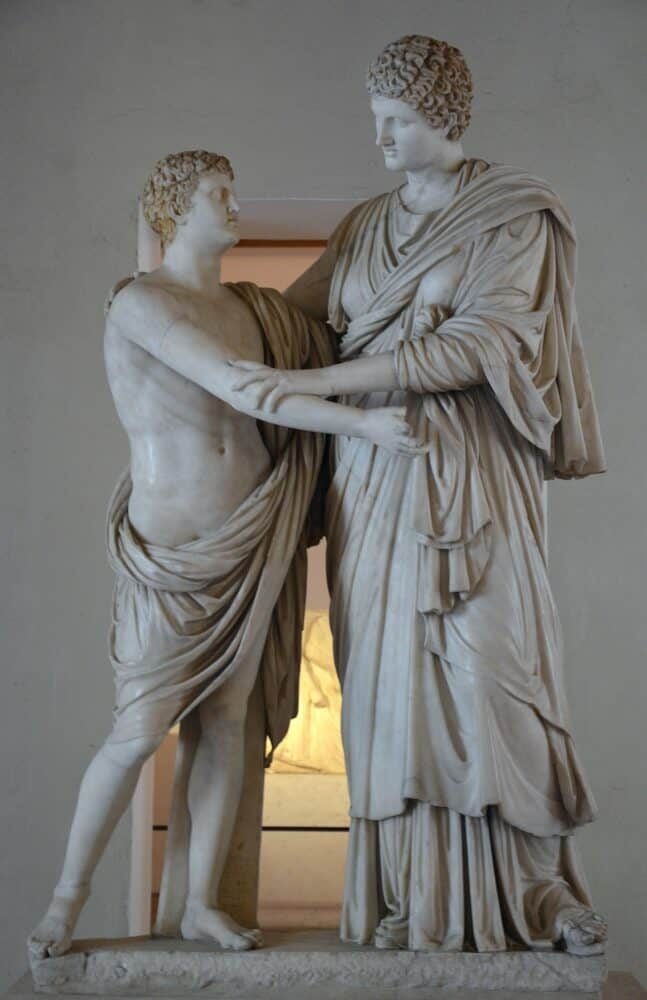 Other notable works include the beautiful Orestes and Electra, also known as The ludovisi Group, Electra is represented here with short hair (a sign of mourning), embracing her younger brother Orestes – and the Ludovisi Ares, a large sculpture of the seated Greek God of war at rest.

In the Grand Hall of the Ludovisi Gaul, visitors can admire the Ludovisi Gaul (2nd century AD), the statue of a Gaul in the act of killing himself with a sword, while supporting his dying wife with his left arm. The movement of the statue is showcased perfectly by the lighting, and the spaciousness of the room allows you to view and enjoy the statue from all angles. In the same room is located the “Great” Ludovisi sarcophagus. Carved in high relief, it shows an intricate battle scene of Roman soldiers fighting against Barbarians, while the central figure in the middle probably represents the deceased. Not to be missed is the plump-cheeked warrior with the battle horn on the top right! Make sure to also visit the adjoining private Chapel of St. Charles Borromeus and Sacristy, as well as the Church of Sant’Aniceto, built between 1601 and 1617. 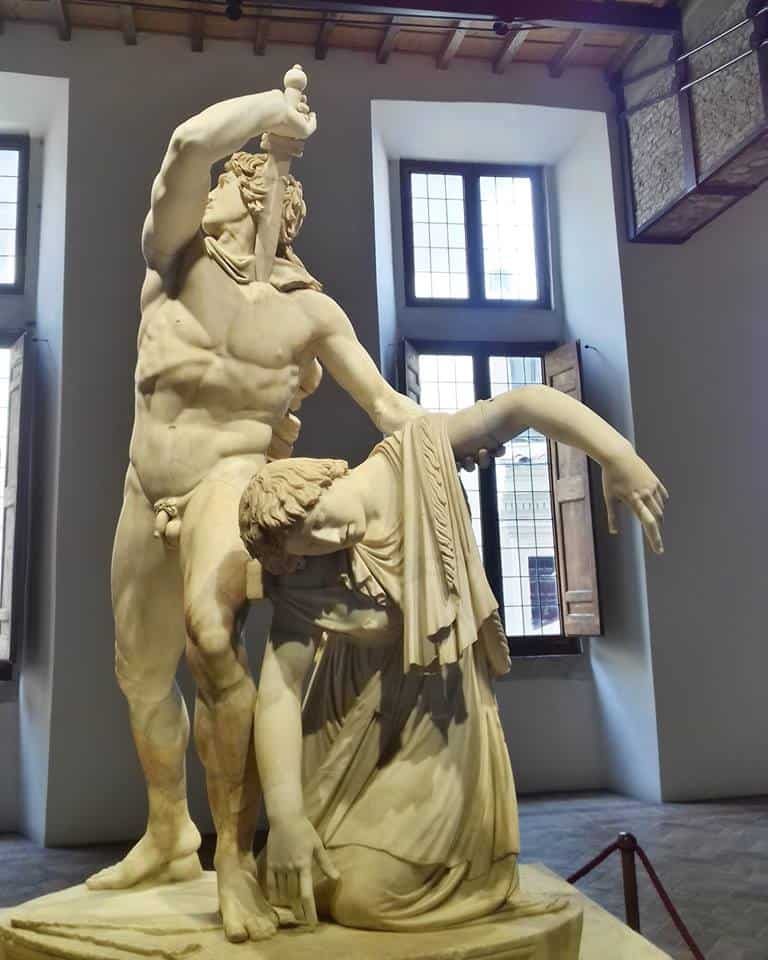 Once you reach the Sala della Stufa, which used to be the private residence of Roberto Altemps and his wife Cornelia Orsini, we’d recommend you take a small break, sit down in one of the armchairs, and enjoy the view towards Piazza Navona. 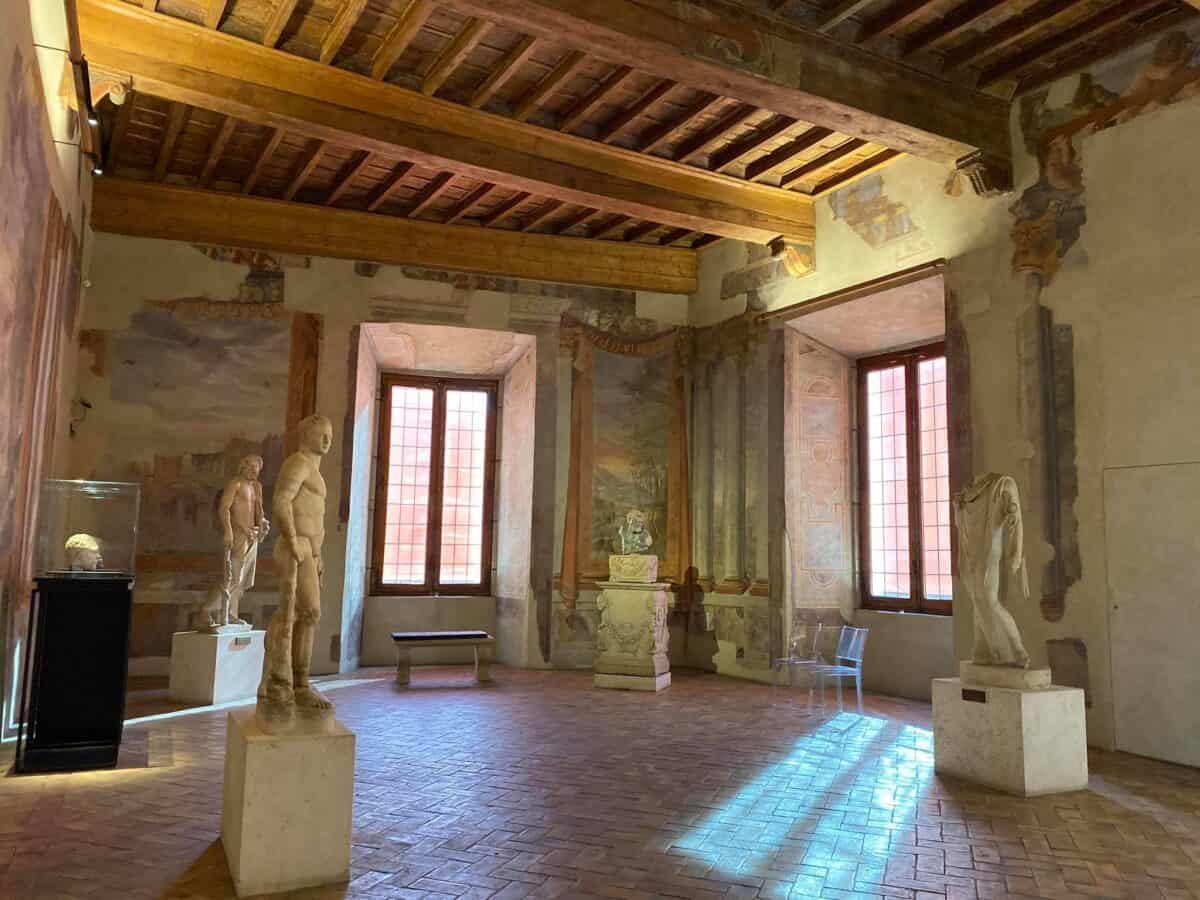 As you walk through the rooms of Palazzo Altemps, you will be able to also admire the interior decoration, especially the wall paintings. Not all wall frescoes are fully preserved, but the bits that remain not only add a special charm to the sculptures on display, but are beautiful to look at in their own right. Particularly notable are the fresco decorations in the Painted Loggia on the second floor. Presumably executed by Antonio Viviani, the decorations depict a magical garden with fruits, flowers, vegetables, and various putti playing with exotic animals.

In addition to the collection of sculptures and the room decorations, Palazzo Altemps is furthermore interesting for its archeological section. Excavations have brought to light building structures both from the Roman period and the Middle Ages. The Tower Room has been transformed into an excavation site, leaving the previous mural structures uncovered. Visitors can get a close look at the building structures that used to be underneath, and showcases offer the visitor a glimpse of the everyday objects – such as plates and cups – discovered during the excavations.