Located along the northwestern slope of Palatine hill, Santa Maria Antiqua (The Ancient Church of Saint Mary) is one of the oldest Roman churches dedicated to the venerated Virgin.

After the massive earthquake in 847, the church was abandoned and left to crumble until its rediscovery in the 18th century and extensive excavation work brought it back to light. After thirty years of being closed to the public, Santa Maria Antiqua re-opens thanks to the latest renovation and restoration that has lasted over the past three decades.

This ancient church was founded in the 6th century AD in parts of the Roman Forum and it was built under the reign of Emperor Domitian. The church’s importance is mainly due to the interior cycle of frescos that date back to the 6th through to 9th centuries. Among them are some particularly rare Byzantine frescos, which miraculously survived the iconoclastic campaign of 726. The so-called “palimpsest wall” to the right of the apse is highly regarded, displaying multi-layered frescos completed over at least four stages, all the way from the Byzantine era to the early 8th century. 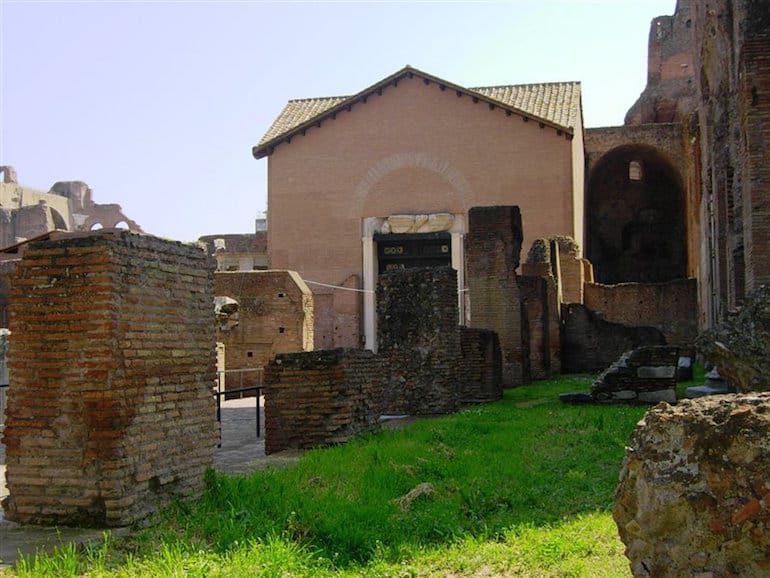 While walking through this ancient site, you feel as if you are traveling back in time to the early centuries of the Christian civilization of Rome.The exhibition is complemented by the extraordinary icon of the Madonna and child, a series of video installations and 3D reconstructions that seek to give back. If you happen to be in the area and want a real taste of ancient Roman history, make sure to put this on your list of things to see while in Rome.