With the fast approaching (or ominously looming, depending on your outlook) “Festa Degli Innamorati”, the eternal city has amorous offerings for everyone, whether you’re single, heartbroken or head-over-heels.

Rome Is For Romance: A Couple’s Guide To Rome

With its cobbled streets, romantic ruins and dark alleys for canoodling, Rome is the ultimate backdrop for soppy couples. For extra mushy moments to share with your sweetheart, check out these spots:

Romantic landmark: The Temple of Venus and Roma in the Forum is thought to have been ancient Rome’s largest temple. With one side dedicated to Venus, goddess of love, and the other to Roma Aeterna (the city itself), it’s the definitive two-in-one. 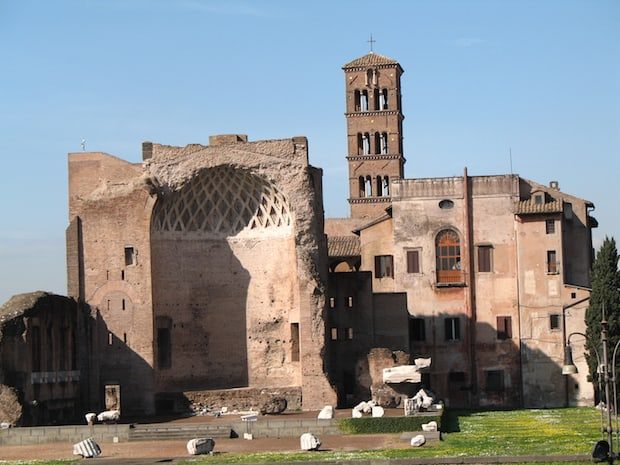 Place with a view: The Giardino degli Aranci (Orange Garden) on the Aventine Hill, and a special keyhole in the doors of Priorato dei Cavalieri di Malta are perfect for a romantic date. Other stunning sights can be seen from the Gianicolo Hill, The Pincio above Piazza del Popolo or the Monte Mario Observatory. 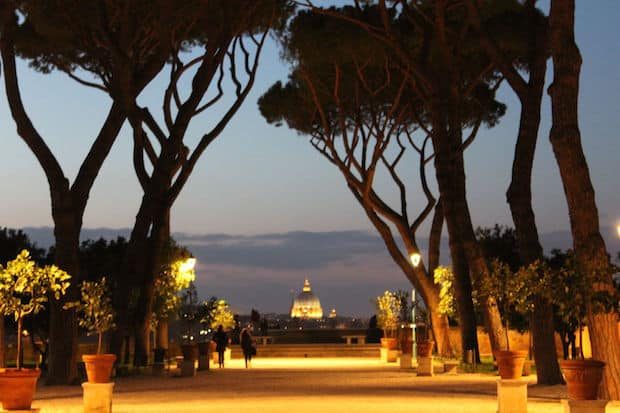 Wining & Dining: For dinner, take in the breathtaking views of Rome all lit up at Lo Zodiaco, a romantic bar and restaurant atop Monte Mario hill. La Bohemiene in Monti, with its beatnik-library feel and candlelit interior, is a great place for drinks. Near Piazza Navona, The Library, is the stuff which romance novels are made of: cozy candlelit tables, antique décor, all tucked away on quaint vicolo. For dessert, tantalise you taste buds at Confetteria Moriondo & Gariglio, a chocolate shop that the poet Trilussa wrote love-sonnets about. 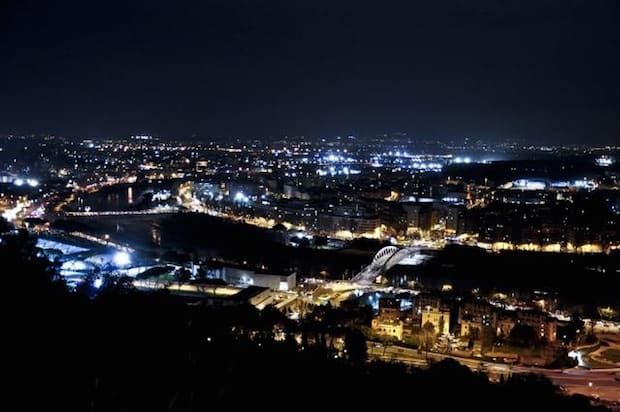 Valentine’s Activity: Have a gander at the Loggia of Cupid And Pysche in Villa Farnesina: a Raphael fresco based on the myth of Psyche, a woman so beautiful that Cupid himself fell for her.

Rome Love Story: Tucked away in the Jewish Ghetto is a small gem of a fountain, known as Fontana delle Tartarughe (The Turtle Fountain). Legend has it that Duke Muzio Mattei built the fountain overnight in order to win the trust of the father of his betrothed. Convinced, the father okayed the wedding and, to commemorate the event, Mattei had the window overlooking the fountain closed up. A window closed by brick still overlooks the fountain. 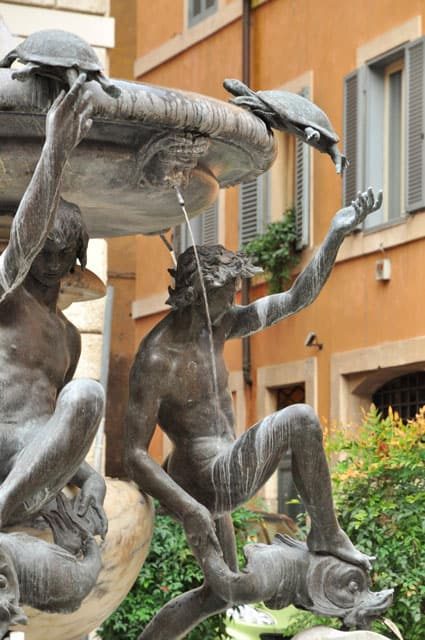 Does the thought of starry-eyed lovebirds make you feel nauseous? Are you happily single, or perhaps utterly heartbroken? Fear not, there are plenty of ways to celebrate an Anti-Valentine’s day!

Tragic Landmark: If you’re feeling sorry for yourself, visit the Temple of The Vestal Virgins and rejoice at the fact that you were not one of them. Sworn to 30 years of chastity, the virgins’ main undertaking in life was to watch an eternal, sacred fire. Allowing the fire to go out was punishable by scourging. Breaking their vow of chastity meant being buried alive, while their lover, would be flogged to death. Charming. 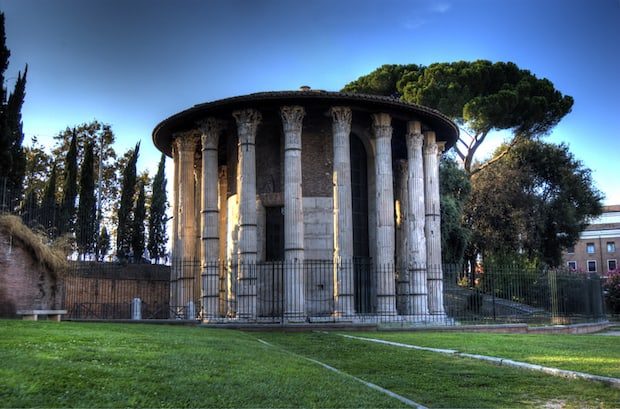 Place with view: Feel like philosophising on the trials and tribulations of romance? Visit the Protestant Cemetery in Testaccio; the final resting place of Romantic poet John Keats, who died pining for his true love, Fanny Brawne. He was buried with a number of Brawne’s unopened letters, which he claimed were too painful to read.

Wining & Dining: If you are single, you may be inclined to carouse the nightlife scene for a potential flame. Popular spots for flirtatious mingling include Bar del Fico and Salotto 42. Prefer to wallow? There’s always gelato!

Valentine’s Activity: If you want a morbidly literal take on the death of love, make a pilgrimage to Rome’s Santa Maria in Cosmedin. Inside the church, there is a small glass box, which supposedly contains the skull of St. Valentine himself. 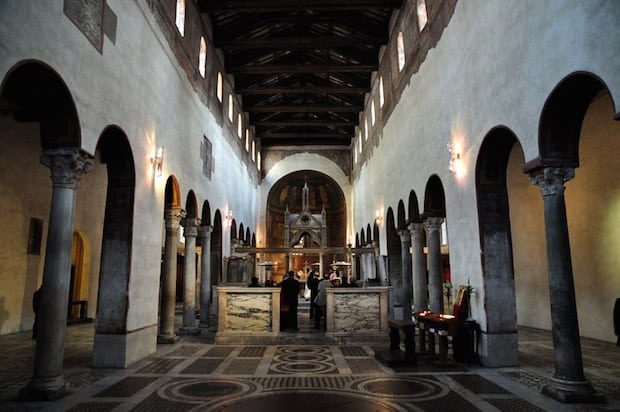 Unromantic Love Story: At Musei Capitolini you can pay homage to the bust of one of Rome’s most scandalous women: Valeria Messalina. A murderous nymphomaniac, she killed her female rivals, used sex to manipulate politicians and had an array of lovers while her husband, emperor Claudius, was away travelling. Rumour even has it that she challenged Rome’s top prostitute to see who could sleep with the most men in one night. Eventually, Claudius cottoned on to her wanton behaviour and had her executed.