Once exclusively a club hosting performers and DJs, Ex Dogana has expanded its repertoire with a new exhibition space, event venue and outdoor lounge/recreation area.

The 1920s industrial structure that makes up the entire complex is considered a standout example of urban railway architecture and is unique in Rome. What is now the exhibition space is made up of a series of adjacent rooms, which align beautifully to lead the viewer smoothly through the show. Currently on view until 10 September is Creature Digitali (Digital Creatures), a group exhibition including works by a number of digital artists and designers such as Esteban Diácono Motion Graphics, Chico Macmurtrie, Paul Friedlander, Sachiko Kodama, Universal Everything and Can Buyukberber. 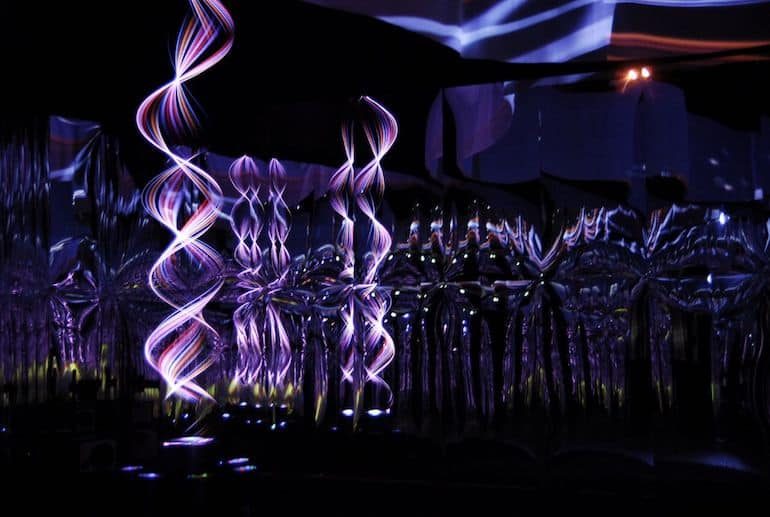 “Condominio,” another recently established aspect of the Ex Dogana, occupies a part of the complex that makes up the courtyard under what have become a group of apartments. This outdoor space requires no entry fee and offers live music, DJ sets, a cocktail bar and street food, as well as ping pong and foosball tables. Special events are held here and the occasional all-day garden party or the soon to come foosball tournament are some of the many possibilities. 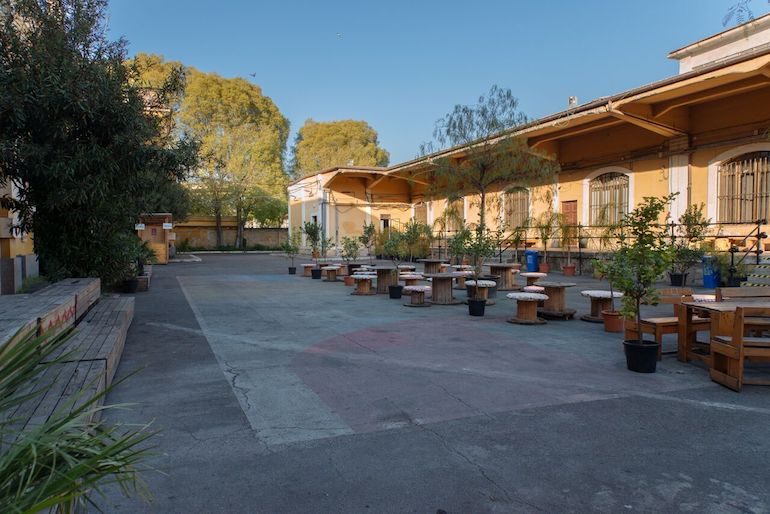 Another large room in this industrial jungle, the “Deposito Centrale,” has become an additional area in which the Ex Dogana electronic tradition can be carried on while leaving room for a variety of other events as well, such as movie screenings, markets and themed parties. 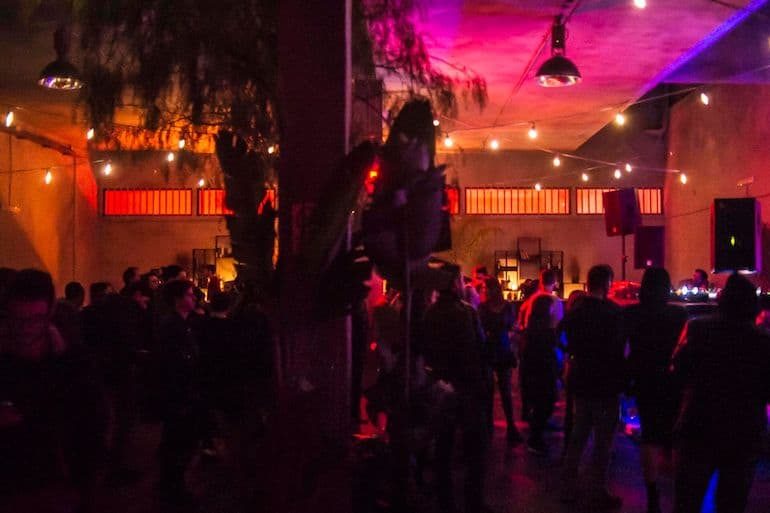 An architecturally fascinating annex of the complex, “Scalo Est,” has just reopened for the summer as well. Built alongside abandoned, hundred year-old train-tracks, the venue’s ambiance perfectly compliments the dynamic sounds of the performers and DJs it hosts.

Check their facebook page for upcoming events and shows.