By the time Federico Fellini, known around the city as “FeFe”, died in October of 1993, he had reached the pinnacle of international success: five Oscars, a lifetime achievement award at the Cannes Film Festival, and timeless movies like La Strada, Le notti di Cabiria, 8 ½, Amarcord, La Dolce Vita, and many more, which shaped the future of cinema. La Dolce Vita, for example, greatly influenced film aesthetic: Fellini’s approach was eventually dubbed “Fellinian,” synonymous with extravagant and fanciful images in cinema.

When I found Rome, I found my world. Federico Fellini 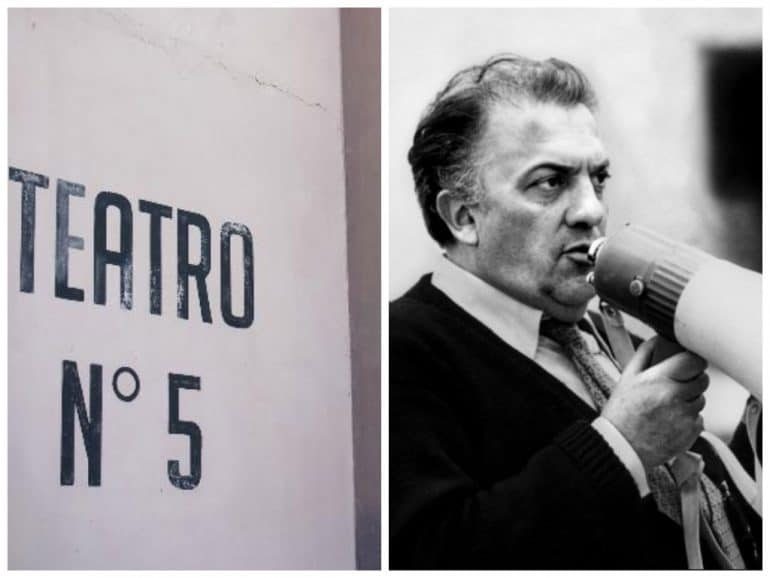 Fellini spent the greater part of his life living in Rome, and he shot almost all of his films in the studios of Cinecittà. Cinecittà has a long and distinguished history that includes more than 3,000 productions and counting. Cinecittà has also opened its doors to the public, which means all film lovers in Rome are free to take a guided tour of its sets and museum. While you are there visiting sets of Fellini’s films and other directors such as Martin Scorsese, keep in mind that Fellini spent much of his career inside these walls, and recall that this place was like a second home to many actors such as Sofia Loren, Marcello Mastroianni, and Claudia Cardinale. You can reach the studios with the Metro A (stop Cinecittà). For details on their tours, head to cinecittastudios.it. 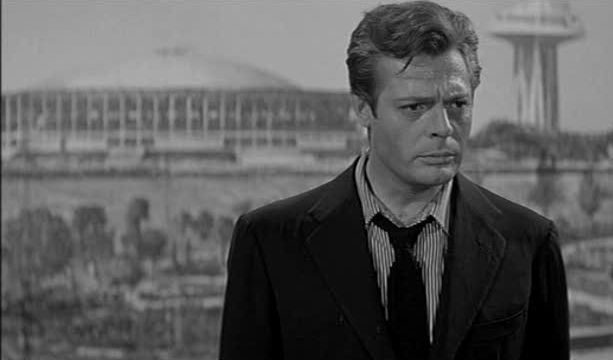 Fellini chose the abstract setting of the EUR district for his films Le Tentazioni del dottor Antonio and La Dolce Vita. This beautiful Futuristic neighborhood with its large cubes of marble conjure up an image of a metaphysical town. The area fascinated Fellini because of its scenic charm and his reasons are sure to impress you as well, so why not stop by? Start your walk on Viale dell’Arte, turn on Viale della Letteratura and arrive at Palazzo dei Congressi. In La Dolce Vita, EUR is the neighborhood in which Marcello (Marcello Mastroianni) and his girlfriend Emma (Yvonne Furneaux) live. When Emma attempts suicide, Marcello takes her to a hospital with Futuristic architecture, which is none other than Palazzo dei Congressi. Designed by architect Adalberto Libera, it is noble and elegant in appearance, with modern lines that are embedded in a classic style, and is considered an outstanding example of rationalist architecture. The building is now home to many conference rooms and exhibitions. From there make your way to the elegant Café Palombini on Piazzale Konrad Adenauer for a coffee and something sweet. Afterwards, proceed along Viale della Civiltà Lavoro to see Palazzo della Civiltà known as the square Colosseum. This building is the most widely known representation of Fascist architecture, with a neo-classical style. 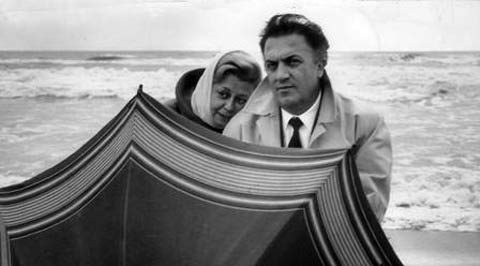 Fregene, a sunswept town on the Tyrrhenian coast, home to the pine forest of the Sceicco Bianco where the final of La Dolce Vita unfolds and the setting for both Juliet of the Spirits, and City of Women, was one of Fellini’s favorite places outside of Rome. A 50-minute drive, it can be reached by car or public transport. Here Fellini had his vacation home, on Via Volosca, 13. He spent all his summers in Fregene along with friends and family: his wife, actress Giulietta Masina; novelists Pier Paolo Pasolini and Alberto Moravia; and Marcello Mastroianni, thus transforming Fregene into an oasis for Italian intellectuals and Rome’s fashionable crowd. Even though the house is no longer there and decades have passed, this is where Fellini wrote and conceived many of his projects walking in between the ancient pines, and it’s a must for fans of his films. While Fregene is certainly more popular in the warmer months thanks to its beach, this little town is still worth visiting. Rent a bike from Motociclo Batella (Via Nettuno, 169) and take a pleasant ride all along the shoreline. For lunch consider Ristorante Mastino (Via Silvi Marina, 19) where both Mastroianni and Fellini used to dine (the owners claim that bruschetta with clams was invented by them). It should be noted that every year Federico Fellini is remembered in Fregene with an annual film festival. 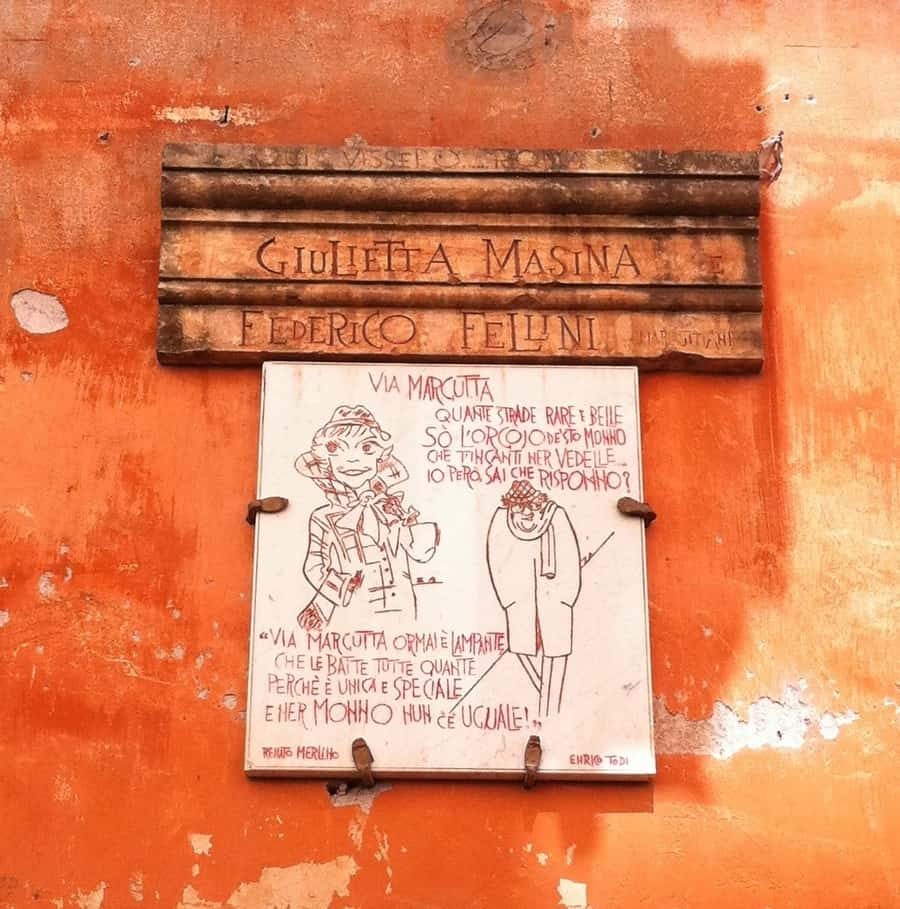 In Rome Fellini lived in an apartment on Via Margutta (number 110) a pretty street near Piazza del Popolo. Artists, antique dealers, and restaurants can still be found all along the street today. Go for a passeggiata and peek into galleries from time to time for some inspiration and beautiful art browsing; then make your way to Piazza Popolo and enjoy a coffee at Canova, Fellini’s go-to bar. There is a small museum of sorts inside Canova dedicated to Fellini, which displays his sketches and drawings. Afterwards, finish your walk by visiting the Baroque churches of Santa Maria dei Miracoli and Santa Maria in Montesanto. While you’re appreciating their magnificent paintings, remember that Fellini unlike many directors drew his inspiration from paintings and not literature. This was and still is Fellini’s Rome. Relish the experience.

Read more from “Rome through the Artist”