Where to see Canova’s Masterpieces in Rome

Antonio Canova was one of the many sculptors that embellished Rome and added to its marvels. He was an Italian Neoclassical artist who was famous for his marble works. Here, we take you through some of Canova’s artworks in Rome. 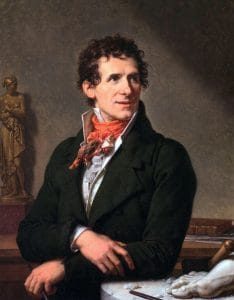 Coming from a family of stonecutters and masons he grew up knowing what greatness these stones can birth. Canova came to Rome when he was 23, after studying in Venice and working as an apprentice for Giuseppe Bernardi. Like many artist before and after his time Canova started his career in Rome by studying the works of the great Michelangelo. During his time in Rome Canova sculpted many works which are now in museums all around the world, such as; The Hermitage Museum in St. Petersburg, Victoria & Albert Museum in London and Kunsthistorisches Museum in Vienna among many others. 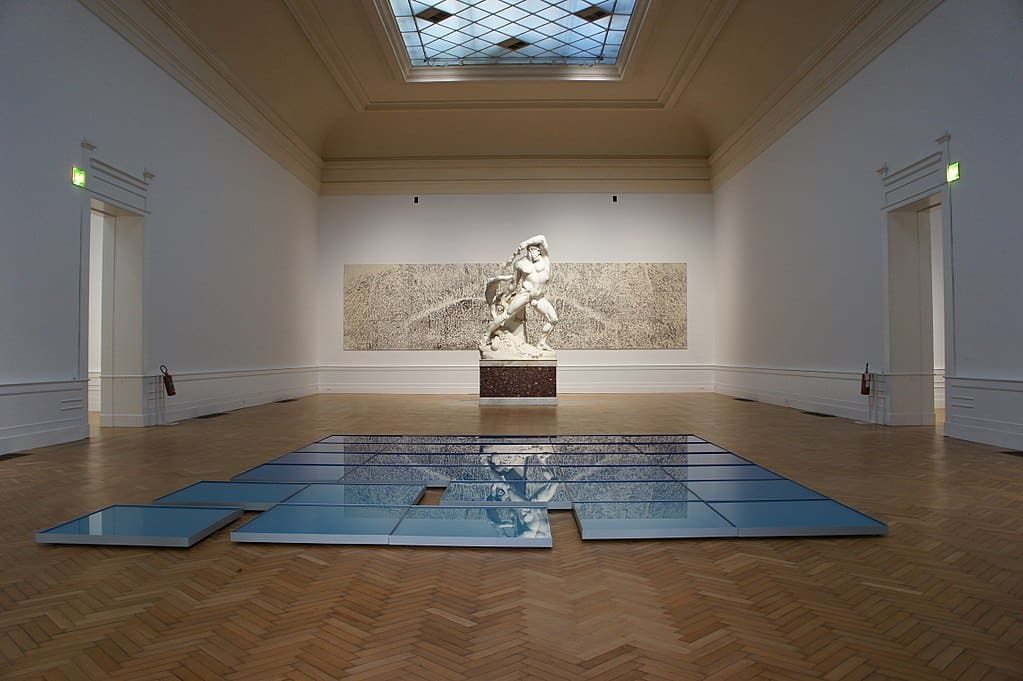 This sculpture by Canova tells the story of Hercules and Lichas from the Metamorphoses of Ovid. The sculpture was commissioned by Onorato Gaetani dell’Aquila d’Aragona in 1795 but it took twenty years for Canova to finish this piece in 1815 due to political interruptions. According to the story Hercules puts on a shirt poisoned with Nessus’ blood. Because of the poison, Hercules goes mad with pain and without knowing presumes that it was his servan Lichas’s doing. Poor Lichas trembled and fell onto the ground to the feet of Hercules. Filled with rage Hercules whirled and hurled him into the waves of Euboic Sea. Canova with his marvelous talent, captures this moment of mythological violence greatly. 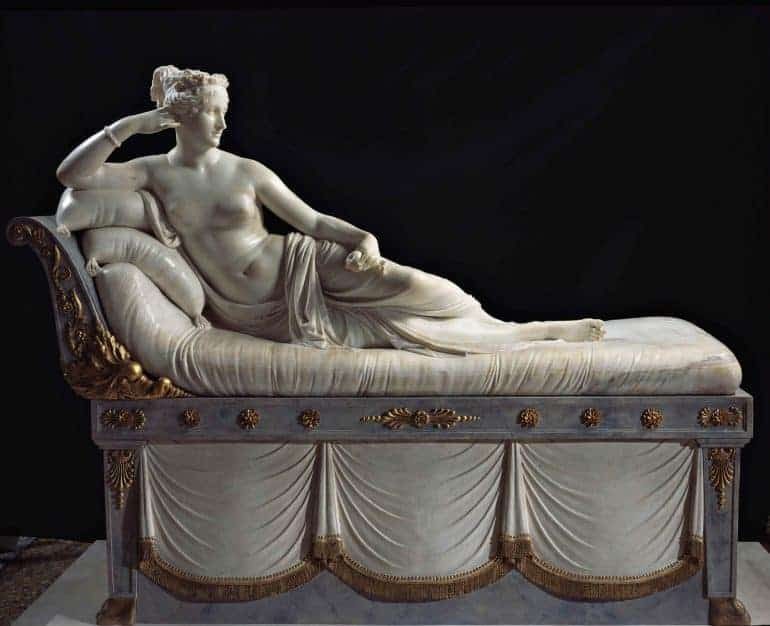 This work by Canova was commissioned by Pauline Bonaparte’s husband Camillo Borghese. Pauline Bonaparte was the sister of Napoleon Bonaparte who was married into the Borghese family to create stronger bonds. Canova portrayed Pauline as a semi-nude, life-seize reclining figure. By combining the classical style of a victorious Venus and Pauline’s image he revisits the old masters’ works. It sculpture was done in Rome between 1805 and 1808, after it was finished the work was moved to the Borghese house in Turin, then to Genoa and finally to now named Galleria Borghese around 1838. It can now be visited amongst many great works of other artist within the Borghese collection. 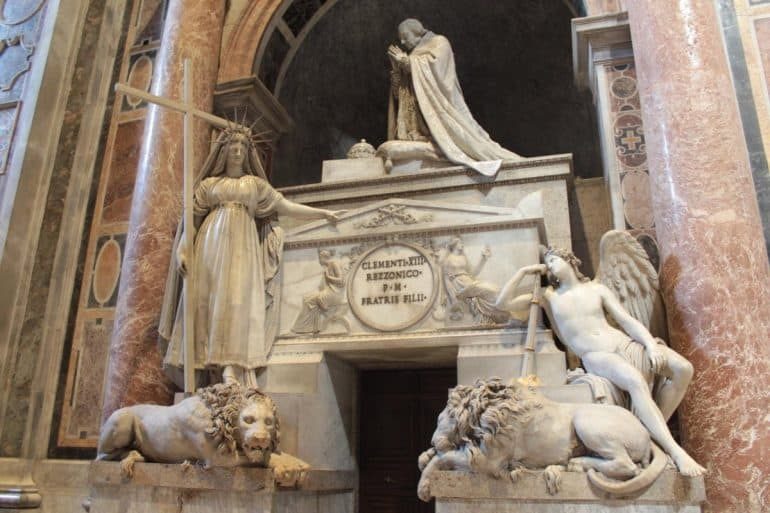 After Bernini’s execution of Urban VIII, the style of funerary monuments completely changed. Following in his footsteps, Canova’s approach to the tomb of Clement XIII is also very grandiose. Canova worked on this monument from 1783 to 1792. Rather than depicting the pope only with him laying on a sarcophagus, he shows the pope kneeling in prayer with his holy tiara beside him and the sarcophagus. On one side of the structure Religion is dressed in Jewish priestly attire and to the right a semi-reclining Genius is shown. At the very base two crouching lions are depicting; one of them are shown as sleeping and the other is awake. Like Bernini Canova also combines travertine and Carrara marble to give colour to the monument. 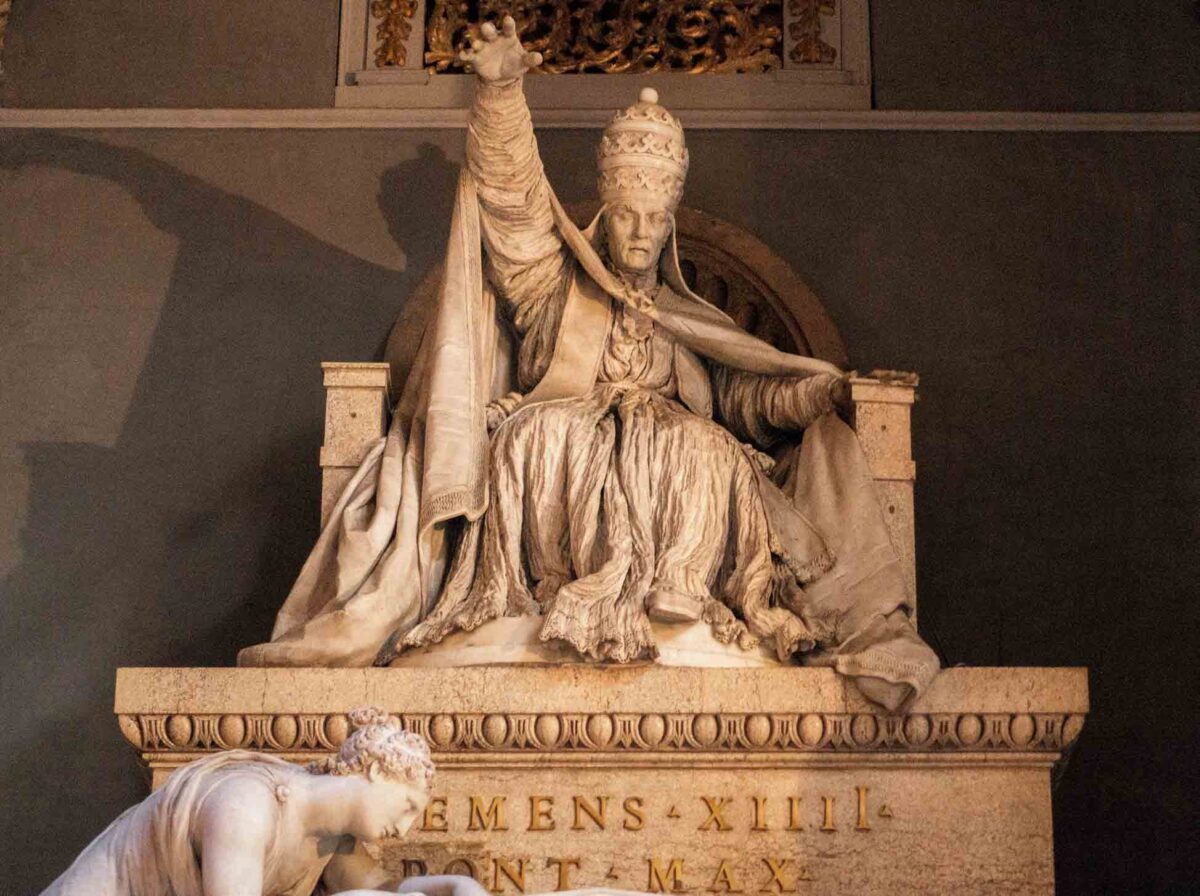 Preserved in the Basilica of the Holy Apostles in Rome, the funerary monument to Clement XIV is a sculptural artwork in Carrara marble and lumachella made between 1783 – 1787 by Canova. At the top of the monument Canova placed Clement XIV with his right arm raised, below him there’s Temperance and at the bottom, Humility. With this composition, Canova created a new form of funerary monuments, using geometric shapes with figures arranged in an asymmetrical yet balanced way. The artwork was commissioned by Carlo Giorgi, a wealthy merchant who owed his fortunes to the benefits obtained from Pope Clement XIV. 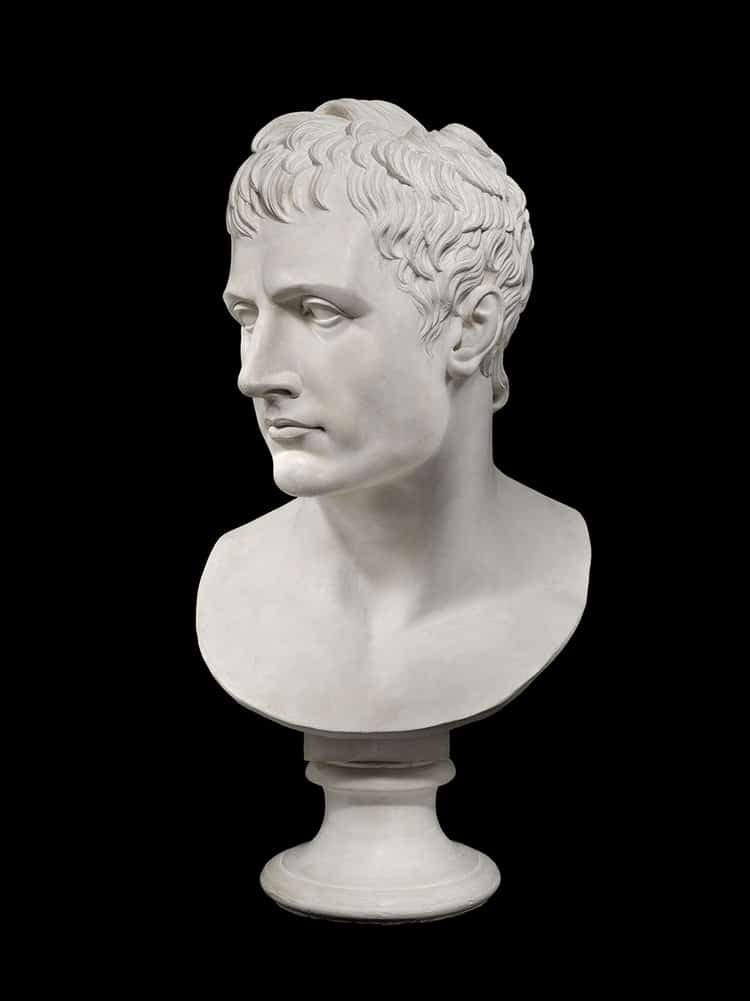 The National Academy of San Luca is an association of artists in Rome, founded in 1593 by Federico Zuccari, who was the first director, or Prince, of the academy. Antonio Canova covered the role of Prince since 1811, and the academy preserves numerous works by the artist. Among these works you can find a self-portrait, the Portrait of Napoleon Bonaparte and Clement XIII, and Il busto, also in plaster, which represents The Catholic Religion. 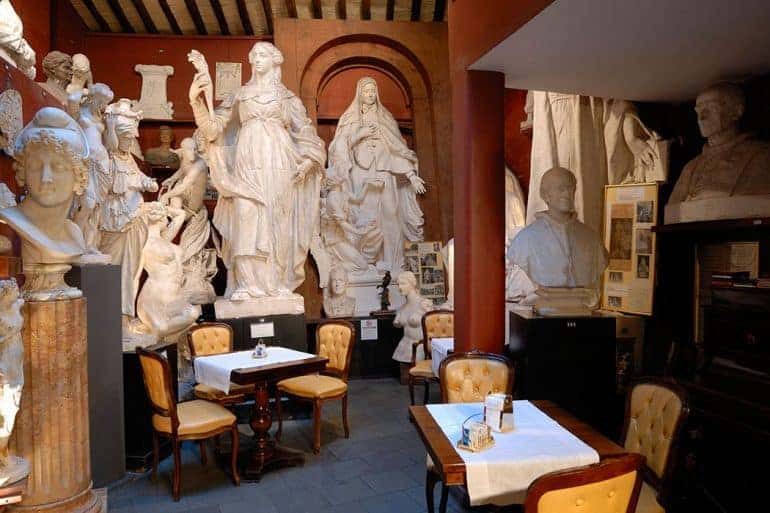 In Rome, you have the pleasure to visit a place which was once the workshop of Canova and his most beloved pupil Adamo Tadolini. The area in which this now café/restaurant is located was once a hot spot for all the artists to acquire studio spaces. This location was where Canova executed many of his commissions and also lived. From its acquirement in 1818 until 1967 the atelier remained in Adamo Tadolini’s family. Still now it can be seen by all, the preparatory works of many masterpieces made by Canova. It is a great experience to dine among the feeling of great artistry and talent.