Sip refreshing cocktails at this exclusive spot in the clouds

Cielo is a glamorous rooftop bar at the very top of the Spanish Steps. Sip a cocktail from one of the highest points of the city, enjoying a panoramic picture of Rome from the mighty domes of Bernini and the Renaissance giants, to the terracotta tiles of the apartment blocks. In Italian cielo means both heaven and sky and what could be a more fitting title for this exclusive spot in the clouds above Europe’s most spectacular city. 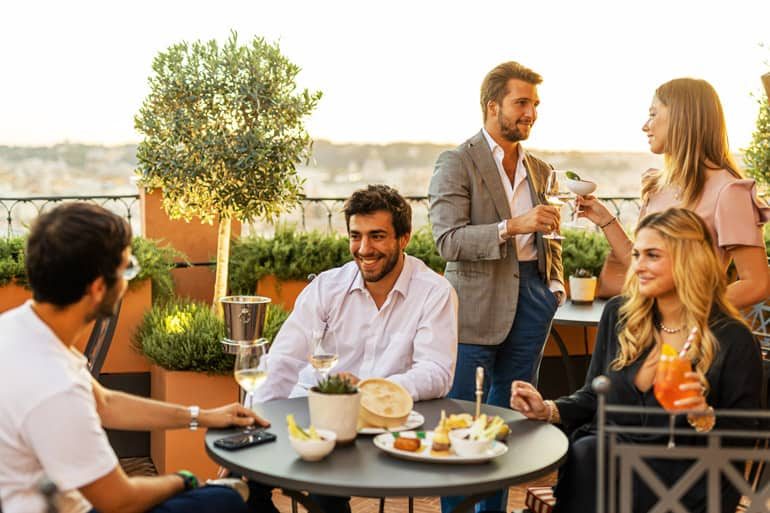 Adorned with lights and olive trees, a table at this secluded spot is an oasis from the chaos of Via Condotti below. You will feel as if you are sitting atop a mountain as the city below you is soaked in the singularly Roman light of sunset, the soft pinks and fiery oranges so unique to the Mediterranean sun. The drinks menu is light and refreshing with many wine based cocktails, the classics are available, too. The terrace is two tiered, with a bar on each level and if you are looking for somewhere more secretive there is a private section on the other side with views of Villa Borghese, surrounded by the green landscape you can’t help but forget the metropolis you’ve come from. 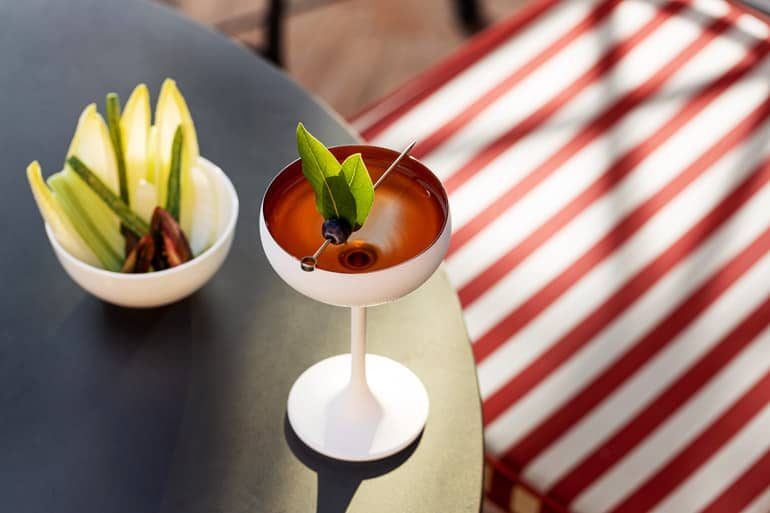 Cielo is on the top floor of Hotel de la Ville, part of the Rocco Forte family’s luxury hotel line. Positioned on Via Sistina, an ancient street known for artisans and Italian craftsmanship, the concept of Hotel de la Ville is inspired by The Grand Tours. These were the non-expense-spared trips young British aristocrats took around Europe in the 18th Century to complete their education. The terrace bar makes a tongue in cheek reference to this heritage dancing between classic elegance and trendy chic. 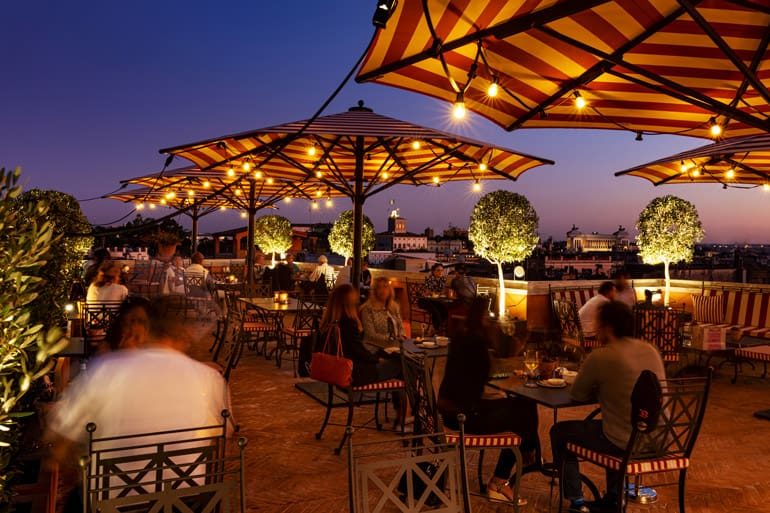 The rooftop stays open until midnight, with a light lunch menu provided by the in-house Michelin star restaurant Mosaic. As the sky darkens and the stars come out enjoy an aperitivo and bar menu, with live music from 7pm to 10pm by an underground Roman DJ. This spot is escapism personified, the rooftop is lined with red and white striped umbrellas so you might think you were in Positano if it wasn’t for the spectacular city views. Cocktails cost around €24 and it is suggested that you reserve a table in advance. The epitome of Rome’s luxurious nightlife, let yourself be seduced by the city and surrender to the dance floor.