This country is known for its coffee, however, if you don’t know how to ask for what you want, don’t blame the barista. Here’s a quick guide to getting your dream caffé in Italy. (Yeah, I’m talking the kind that can upstage even the most buttery, chocolate-laden of cornetti!)

Caffé (also known as Espresso or Caffé Normale)
The classic. The one you can quaff in one shot. By far the most popular in Italy and your first step to become less of a straniero (foreigner). Toughen up. Leave your filthy froth, your ice, milk, choc chip swirls and vanilla bean tendencies back in your franchise-fraught Anglo-Saxon hometown. We’re in Italy. It’s elegant, it’s fast, you can have another six throughout the day. Italians love their sugar but I advocate going pure and taking it ‘amaro‘ – without milk or sugar. It comes in a petite little espresso cup and generally you can ask for ‘un bicchiere d’acqua‘ (a glass of water), which will be thrown in for the same glorious price of around 80centesimi standing up at the bar. Rinse and repeat. Literally.

Caffé Corto (ristretto)
Shorter than a normal caffé in the same tiny cup. A drop of pure coffee for those on the run.

Caffé Lungo
Slightly more coffee but not as much as a caffé doppio(corsivo), which is literally a double shot espresso. Not to be confused with…

Caffé Americano
What we would call a long black, this is a safer option if you’re not ready for the strength of Italy’s espresso. Its name is somewhat patronising and when baristas see a foreigner and have to guess what you’ll order, it’s either this or a cappucino.

Caffé Macchiato
Don’t look so upset. You probably wanted something a little creamier and less shoot-some-caffeine-directly-in-my-veins. With this one you’re not getting a milky coffee – you’re asking for the beverage above with a ‘stain’ or ‘macchia‘ of hot sometimes-frothed milk.

Caffé Freddo
This is basically chilled black coffee that they usually have already mixed with sugar in a bottle in the fridge so if you’re really against sweetners you will have to specify that you want it ‘non zuccherato‘.

Caffé Shakerato
The sexy cousin of the caffé freddo, this is sugar and black coffee shaken over ice and usually served in a martini glass with a delicious frothy crema that will have you swearing there were milk mixed in. You can sometimes find an alcoholic version as well but the classic is just a nice sober pick-me-up that Italians often throw down on a hot afternoon.

Cappuccino
This is closer to what you know from home, however, here you can mess up with your time of day. Order it for breakfast and you’re okay; take it after midday, with lunch/dinner or even dessert and you’re instantly a crude local.

Caffé Corretto
I love this name – it assumes coffee is wrong until it has been ‘corrected’ with a shot of grappa or liqueur. 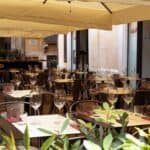 Obika
They’ve got one in Piazza Firenze near the Pantheon and another in Campo dei Fiori. Why these guys? Because it’s the only café I know in the world that serves you an espresso with a gelato bocconcino, that is, a tiny chocolate encased scoop of gelato wrapped in brown paper. 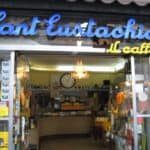 Sant’Eustachio
Okay, everybody says this is the best in Rome. I’m not so much of a fan because I think it’s become a bit of tourist site but they are known for their secret recipe/coffee-making technique. It’s also located near the Pantheon in Piazza di Sant’Eustachio, 82. 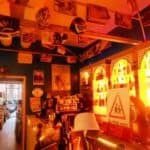 Barnum Cafe
I adore this place on Via del Pellegrino, 87. Sure, they know their coffee… but it’s also the ambiance, the crowd, the shadowy corners where you can curl up in a couch or the communal tables where you mix with businessmen, artists and students. 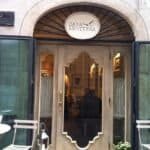 Ridiculously good homemade cakes, cup cakes, pastries and tarts to accompany your coffee hit. Look for the French-style seating outside on Via dei Coronari, 45. 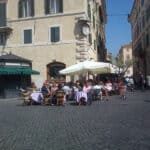 The crowd is a mix of tourists and well-heeled locals but the service is old-fashioned, the location is unbeatable and finding outdoor seating in Rome is surprisingly hard. I love the elegance of this place, even if you pay quite a bit to look over the majestic Piazza Farnese.