The best things to do in Rome… according to the experts

Discover another side of the Eternal City with tips from some of the most influential bloggers and online contributors in the city! After all, who better to tell the secrets of Rome than nine acclaimed insiders? 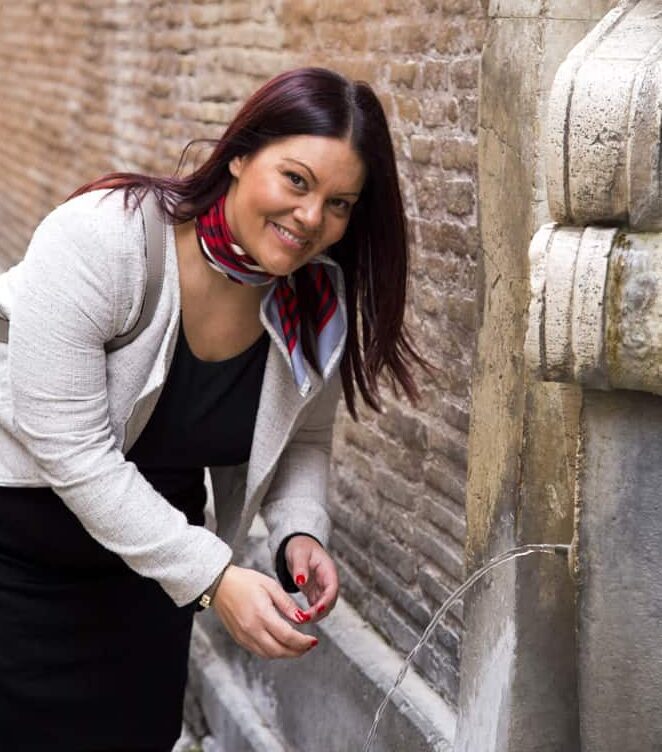 You can’t beat roman cuisine at a good trattoria but uncover contemporary dining in Rome and dine at Pianostrada or Retrobottega or for gourmet and innovative pizza, don’t miss Seu Illuminati (and if you’re in Trastevere you may as well taste the city’s best gelato at Otaleg).

It’s never been a better time to get a cocktail in the eternal city! Try some of the very best under neon lights at Drink Kong or at The Jerry Thomas Project. And for a drink with a view head to Up Sunset Bar (try their savoury maritozzi), The Court or Terrazza Borromini.

Art regeneration in an old city

One of my favourite museums in town is the MACRO, Rome’s museum of contemporary art. There are two locations but I prefer the one in Testaccio on the former site of Europe’s biggest slaughterhouse (in operation until the 1970s). In addition to the eclectic exhibitions, the site is a wonderful example of architecture regeneration and signs of the past are honoured throughout. 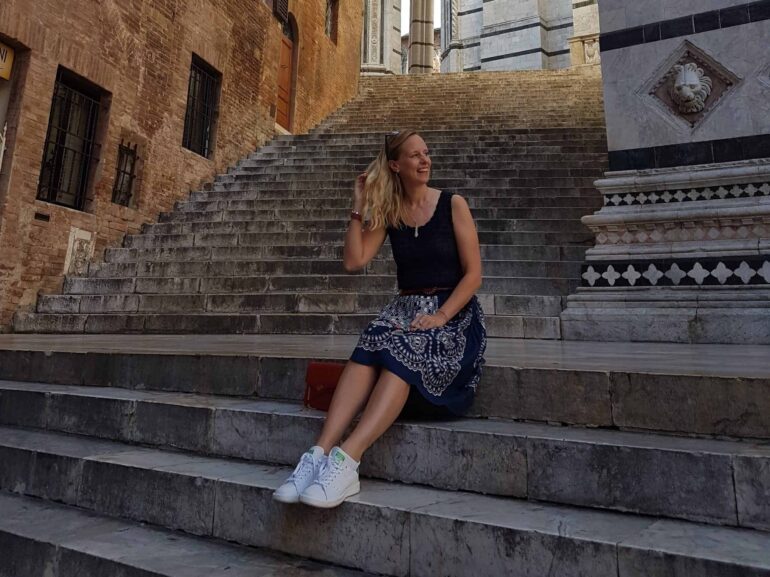 Rome is now a great city to find mixology specialists and cool bars. Emerald’s Bar, on Via Crescenzio near the Vatican, is crafted in an L-shape, with lots of cosy, plush corners, characterised by velvet furnishings and fringed lamps. Head barman Luca Dal Ben is one of the city’s top cocktail experts, so don’t hesitate to ask him for his recommendation of the evening!

Roman cuisine is synonymous with a triumvirate of pasta dishes – carbonara, cacio e pepe and amatriciana. For me, the recently reopened Ristorante La Regola prepares the best cacio e pepe in Rome. Their version is made with five different kinds of peppercorn and 16-month aged pecorino romano!

Rome’s Capitoline hill is both the seat of local government and home to one of Rome’s oldest collections of art and artefacts – the Capitoline Museums. Even if you don’t have time, the Capitoline Hill guards one of Rome’s most Instagrammable views across its classical ruins. One of my favourite evening walks is over the back of the Capitoline along via Monte Tarpeo, where the setting sun tinges the temples of Jupiter and Saturn, as well as the Arch of Septimus Severus. 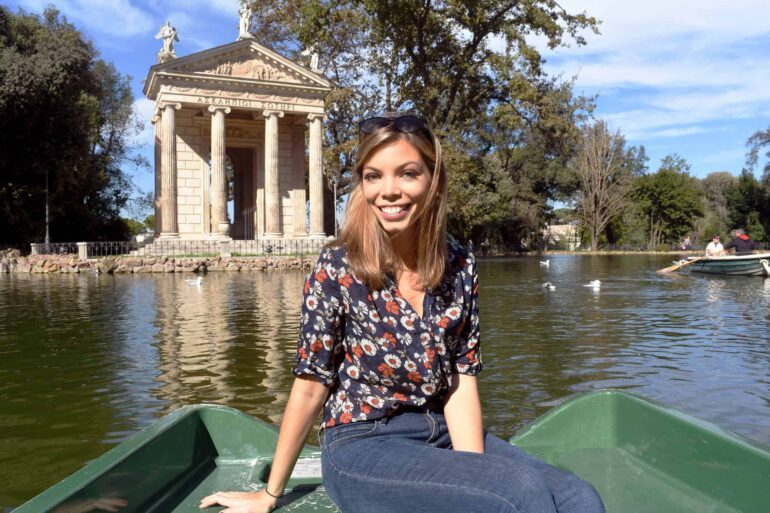 Galleria Colonna, an opulent 14th century palace near the Trevi Fountain, is a jewel of the Roman Baroque and worth a peek inside to marvel at its elaborate frescoes, architectural details and rich furnishings. The highlight is a magnificent Great Hall lined with paintings, statues, mirrors and chandeliers. Galleria Colonna is open to the public on Saturday mornings.

Co.Ro. Jewels is a small boutique that sells architecture-à-porter, or wearable works of art. Founded by two Rome-born architects and designers, the shop sells contemporary jewelry inspired by the city of Rome. Look out for earrings modeled after the city’s ancient aqueducts, bracelets that represent Rome’s Gazometro and Baroque rings that pay nod to Borromini and Bernini’s designs.

Tucked within the grandiose Villa Medici (the French Academy in Rome) Café Colbert is an elegant and exclusive perch to soak in views of the city skyline. Open Tuesday to Sunday for lunch, you’ll find a tantalizing array of seasonal dishes – and tea and coffee for a mid-afternoon break. There’s also a secluded lemon garden out back for a peaceful retreat from the bustle of the city. 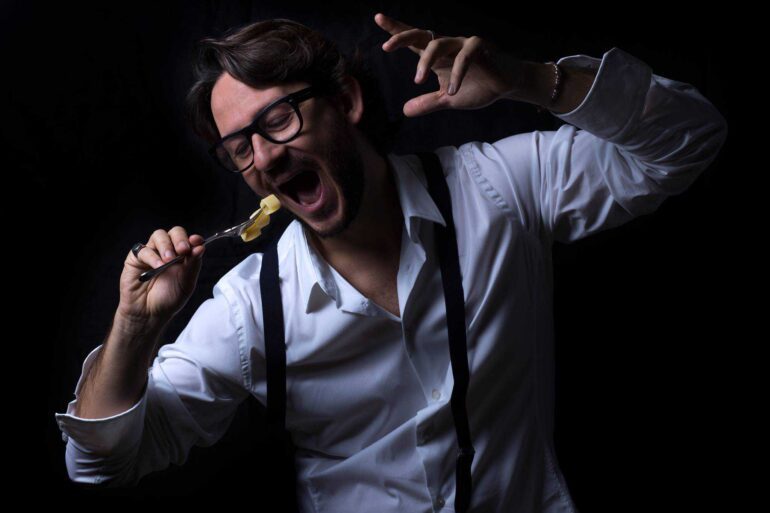 Hotel Vilón is a luxurious hidden gem in the heart of Rome, a gentle walk from the Spanish Steps, the Trevi Fountain and the Pantheon. It’s and elegant design hotel, perfect for an intimate aperitivo in the Salotto Bar, sipping a Hanky Panky cocktail made by the talented bar woman Magdalena Rodriguez.

Perched just above the river on the Aventine Hill, the Orange Garden of Rome is one of the city’s most beloved natural areas. The garden setting is very symmetrical, with a central avenue aligned with the wonderful and romantic viewpoint on the Great Beauty.

In Via del Pellegrino a few steps from Campo dei Fiori, Roberto Lepri expresses his creativity making unique clothing and accessories. You can find him drawing, cutting or sewing the leather that will become the belt, the bag and the dress you’ve always dreamed of. Everything is handmade. 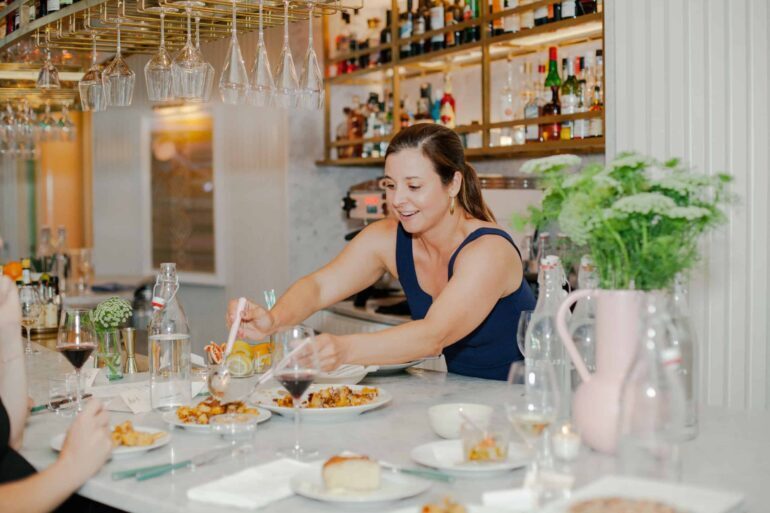 In spite of its cobblestoned urban reputation, Rome is incredibly green and my favorite place to immerse myself in nature is this sprawling 17th century estate turned public park. Its fresh air and dirt paths are a dream for runners and the lawns and planted gardens are a perfect place to picnic.

The 9th century Saint Zeno Chapel in the Church of Santa Prassede was built by Pope Paschal to serve as a funeral chapel for his mother Theodora. The Pope employed talented artisans to bedazzle the chapel in gold and glass mosaics, which can still be appreciated in all their glory in an intimate space just off the church’s right aisle. Sweeten the visit with a stop at Regoli, an historic pastry shop on Via dello Statuto nearby.

Gabriele Bonci’s uber-famous pizza by the slice joint, Pizzarium, draws insane crowds but you can get his stellar baked goods and savory specialties at the baker’s equally delicious but less packed Panificio on Via Trionfale. The pizza alla pala (bakery style pizza by the slice) selection features classics like Rossa (tomato sauce) and patate (potatoes, with or without mozzarella) but don’t miss the roasted chicken with schmaltzy potatoes.

An American In Rome
anamericaninrome 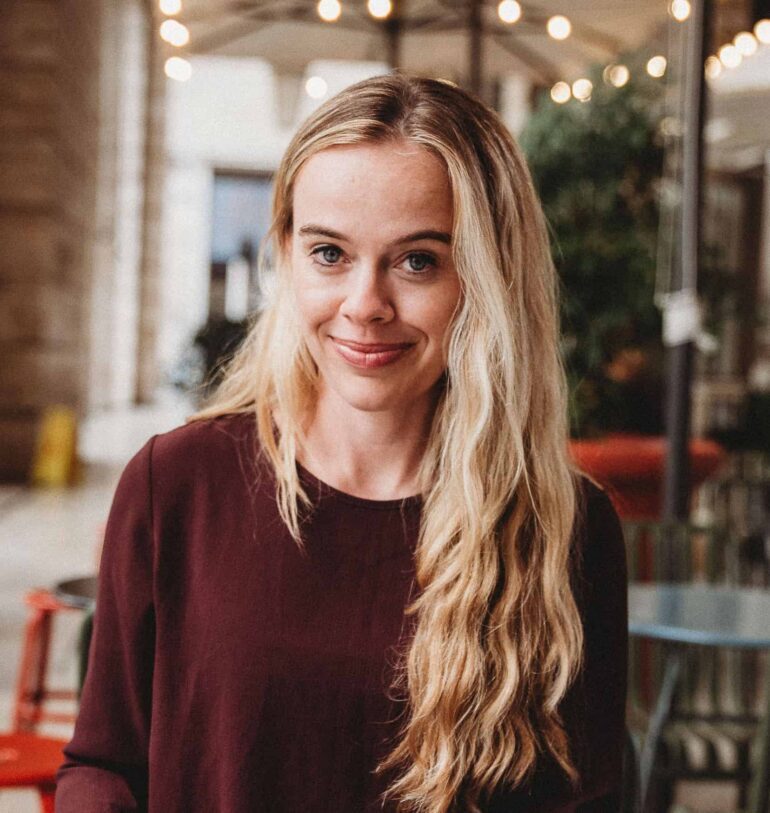 For a taste of the Roman countryside (and some seriously old school vibes), head to Er Buchetto a few blocks from Termini. The tiny eatery sells porchetta brought in from Ariccia, along with wine from the Castelli Romani. The father and son team who sell the roast pork sandwiches are a part of several generations of porchetta sellers who have run this tiny shop and it looks like it hasn’t changed in decades.

Escape the crowds of Campo de’ Fiori and Piazza Navona and slip into the Museo Barracco di Scultura Antica. The ancient sculpture museum is housed in a gorgeous villa in the center of Rome and is completely free to visit. The quiet rooms are filled with Etruscan treasures and there is even a fragment of one of the original mosaics from St. Peter’s Basilica.

Make the short trip out to Quartiere Coppedè for some of the best architecture in the city. The small neighborhood was designed by architect Gino Coppedè between 1913 and 1927, and he was inspired by everything from Gothic styles to Greek temples to create this unique Art Nouveau area. 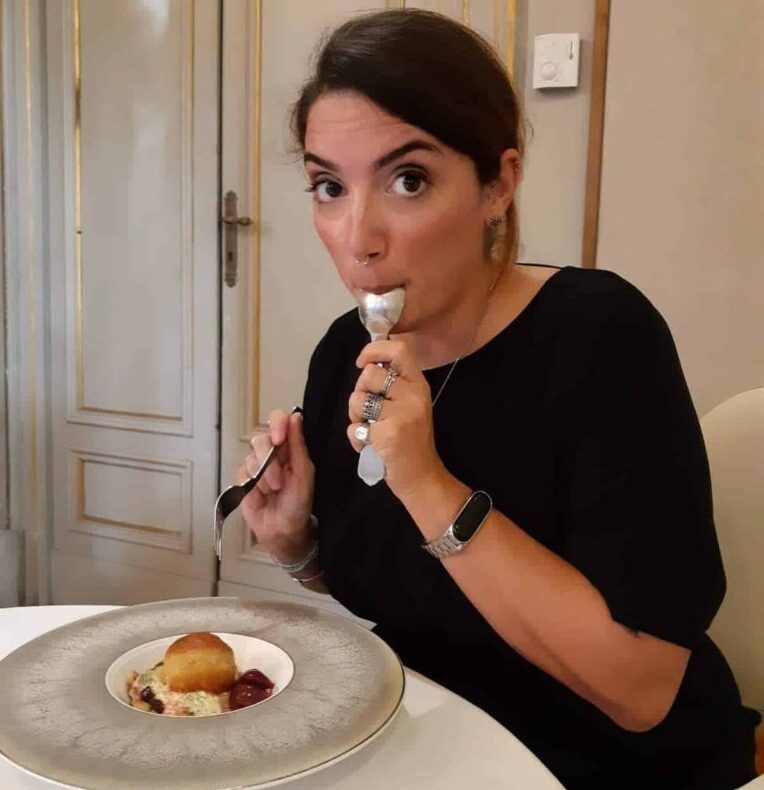 The archeological area (to visit on the second Tuesday of the month), the fruit and vegetable stands, the meat and fish, and some places to taste excellent street food make the Testaccio Market one of my favorite places in Rome. Grab a panino with picchiapò from Mordi e Vai, mix with university students or talk to the locals. You’ll feel like a Roman.

Walk along the Vittoriano, dive into the small streets in front of Piazza Venezia, visit the Trajan markets and admire the glories of ancient Rome before heading to Il Cannolo Siciliano–one of the most authentic gelaterias in the city. Eugenio Morrone is a talented master gelato maker, his gelato is prepared with the best seasonal fruit, his chocolate has an unmistakable taste and the granitas are made according to Sicilian style.

Not far from Stazione Tiburtina, Pork’n’Roll offers a wide selection of craft beers, meats and cold cuts coming directly from the family farm of the Roccia brothers in Southern Italy. Try the grilled pork meat that Gerardo prepares and pair it with beer that Valentino produces in collaboration with numerous Italian breweries. 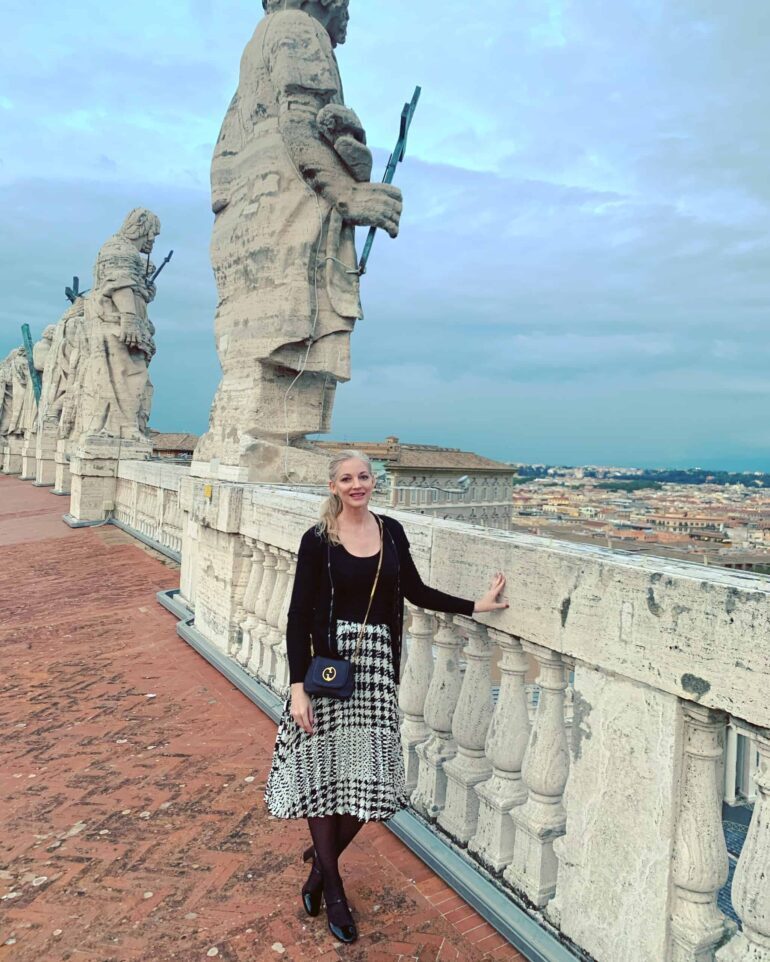 Vatican Gardens in an open eco-bus

This is a relaxed way to enjoy the beauty and serenity of the Pope’s gardens, before continuing with an unguided visit of the Vatican Museums and the Sistine Chapel. It is also the ‘secret’ way to secure a skip-the-line ticket when tickets are booked out on the Vatican Museums website.

Eat Portuguese near the Vatican

Book a table at Ristorante Tre Pupazzi on Fridays and Saturdays (lunch and dinner) to eat the best of Portuguese cuisine outside of Portugal. All the traditional Roman specialties are still offered in addition to the extensive selection of Portuguese food, wines and of course, port!

Intimate wine tasting or cigar and whisky evening near Campo

Every member of Hotel De’ Ricci’s staff is a sommelier. They have to be with over 1,500 labels in the wine cellar (which guests may also visit). Exclusive spirits, wines and champagnes may be tasted by the glass at the hotel’s elegant Charade Bar. Within the bar is a room dedicated to cigar aficionados which does not disturb non-smokers. Naturally, a selection of iconic Cuban cigars are on-hand. 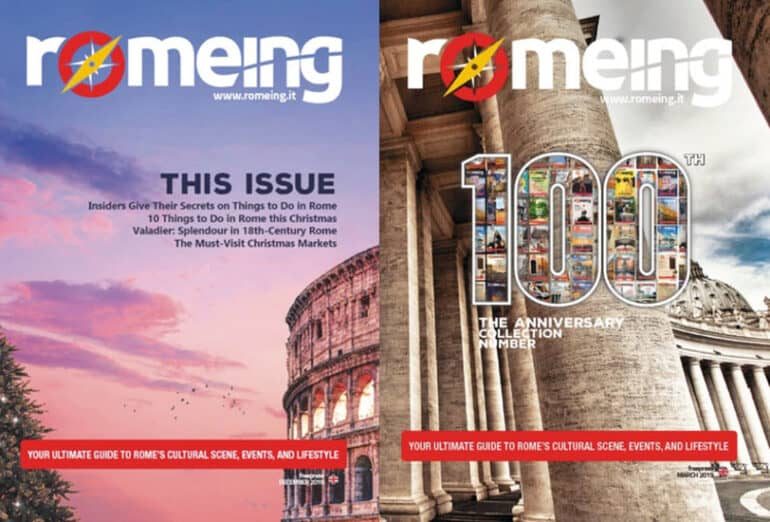 Visit the contemporary side of Rome and spend a day amidst art and music. Start off at MAXXI, the contemporary museum designed by Zaha Hadid, to check out an exhibition and dine at their newly opened Mediterraneo restaurant. Afterwards, catch a concert at the famed Auditorium Parco della Musica, designed by archistar Renzo Piano.

Rome’s cocktail scene has been exploding in the past few years, so much so that the Roma Bar Show, the first Italian event of international importance in the bar and mixology world, debuted in September 2019. From cocktails in secret bars like the Race Club and the Jerry Thomas Project, to single-spirited bars like Il Marchese, there’s no shortage of amazing cocktails in Rome.

Rome is undoubtedly a foodie destination with its trattorias, restaurants and local eateries. And food markets are more popular than ever. Lucky for us, the food market scene keeps growing, with two new arrivals in December: the Houbi market, the first oriental food market in Rome, and Plebiscito–a 600sqm food market opening in Palazzo Doria Pamphilj. Come hungry!