Once Rome’s Cinderella, Ostiense is going through a makeover phase that is quickly transforming this district into one of the most dynamic places to live like a local in the Eternal City. Crossed by the historical Via Ostiense (built in Roman times to link the capital with the strategic harbour at Ostia), Ostiense borders the popular working-class areas of Garbatella and Testaccio, two authentic strongholds of A.S. Roma fans. New life has begun to bloom over the last couple of years, thanks to the many fresh restaurants and pubs opening in the area, not to mention the gastronomic multi-level center that is Eataly. The finishing jewel on the quarter’s newly fitted crown will be the redevelopment of the huge Mercati Generali surface. 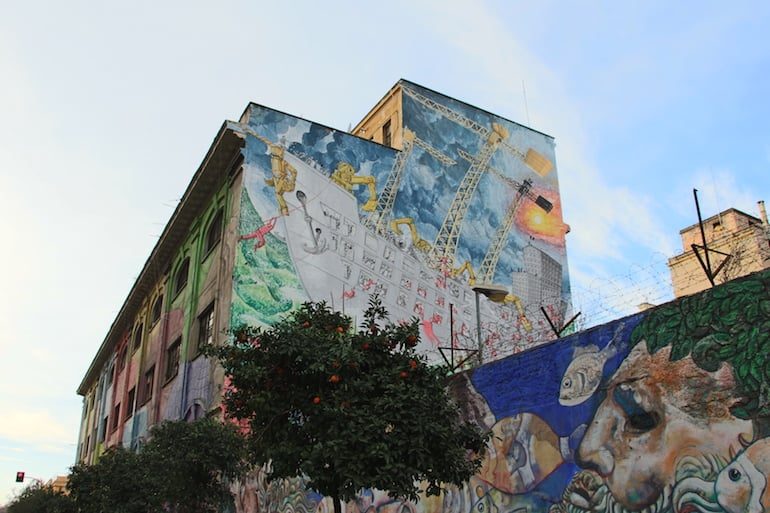 Although more vibrant post-sunset, Ostiense also makes a very unique destination for a day-time walk. Street art is king in this area, with the best works to be found along Via del Porto Fluviale, Via dei Magazzini Generali, and under the railway bridge between Via della Stazione Ostiense and Via Pellegrino Matteucci.

MUST SEE in OSTIENSE 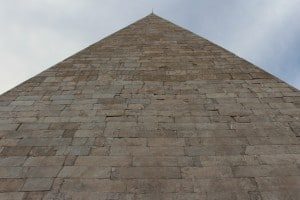 This ancient pyramid in Rome near the Porta San Paolo was originally built as a tomb for Gaius Cestius, dating back to 12 BC. The fork between two ancient roads, this impressive structure is one of the best-preserved ancient buildings in Rome– not to mention a very impactful meeting point (the Piramide Metro station is right across the street). Visits inside are only possible on select Saturdays from 10am to 12pm. 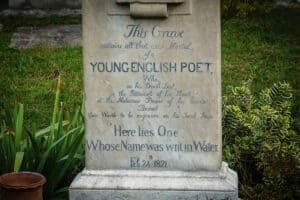 Another great find in the areas is the Protestant Non-Catholic Cemetery just around the corner (entrance from Via Caio Cestio 6), a hidden corner of Rome and resting place of romantic poets Keats and Shelley, as well as other notable figures such as Gramsci, William Story and painter Hendrik Andersen. 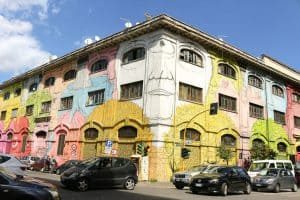 Ostiense has some of the best street art and graffiti in Rome spanning from Tormarancia to Porto Fluviale, the most vivid mural being Fronte del Porto on Via del Porto Fluviale by world-famous graffiti artist BLU. Several other pieces can be found in the surrounding streets from other street artists like ROA, Sten&Lex and Lucamaleonte. But the best way to explore is to wander around by foot or Vespa. 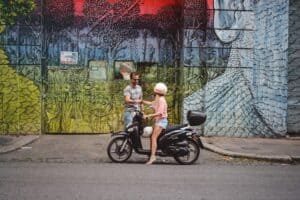 Witness incredible forgotten buildings and hidden walls flourish in color and drawings on this 3-hour street art tour of Rome on the back of a Vespa. See millenary buildings and ancient ruins smoothly blend with this new disrupting form of art. And get your camera ready for the most unconventional Rome you would ever imagine! From Tormarancia, to Porto Fluviale and Garbatella, get ready to discover a whole new side of the Eternal City. 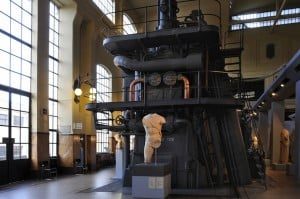 Set in a former power plant, Centrale Montemartini is the fascinating complex where modern and Ancient Rome collide. Classic works of art and statues are displayed in an industrial setting among old engines of the Machine Room. (Museum hours are Tuesday through Sunday 9am-7pm). 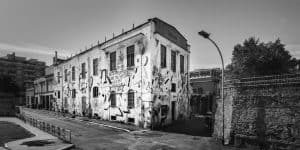 Officine Fotografiche (Photographic Workshop) is a non-profit association created to spread awareness and support of the art of photography. A meeting place for photography professionals, amateurs and enthusiasts, Officine Fotografiche has a training center for all levels as well as special workshops, free activities, a library and café. 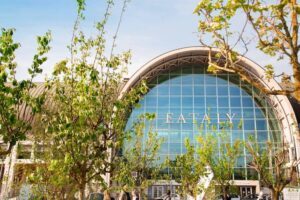 A gourmet retreat in Rome, Eataly is the epitome of Italian cuisine and gourmet shopping in Rome’s Ostiense neighborhood. It’s also the largest Eataly in the world. For more information read our full article. 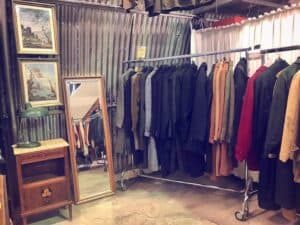 This original market housed in the industrial lofts of Ostiense is where you can come to donate or shop around for everything from furniture, clothes, toys and jewelry. It’s also a great (and fun) way to give back to the community. Open on Saturdays from 4:30 to 7pm and Sunday from 4pm to 8pm. 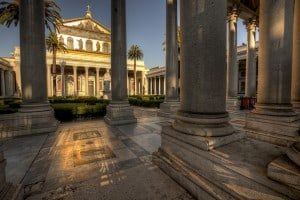 Majestic and monumental, this grand Basilica will leave you breathless thanks to its sheer beauty. The square and gardens outside are a very popular gathering place for locals: sit on a bench and enjoy the sun, while children and dogs frolic around you. Enter the Basilica, and gold-plated ceilings, statues and the portraits of all Popes from Saint Peter to Francis will tell you the story of this immense shrine of Christianity. 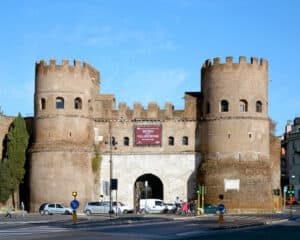 One of the few remaining gates of the 3rd century Aurelian Walls of Rome. In ancient times Porta (door) San Paolo served as the beginning of the road that connected Rome and Ostia. Nowadays it’s the entrance to the Via Ostiense Museum where you can find an archeological exhibit full of prints and documents about this famous road. Open every day from 9:30am to 1:30pm (Tuesday and Thursday from 2:30pm – 4:30pm), the venue is also used for special exhibitions and conferences.

Still cool, somewhat grungy and becoming more and more diverse, Ostiense has some of the best restaurants in Rome.

Popular for its street art, restaurants and nightlife scene, Ostiense is definitely one to put on your list from aperitivo and dinner to drinks and dancing.