The Esquilino neighborhood of Rome, just south of Termini, is a diverse and eclectic hub for foodies, artists, and book lovers. Esquilino is home to many of Rome’s immigrant populations and therefore has a very distinct, multinational atmosphere. This is especially noticeable in the vast array of dining options available in the neighborhood. Anyone who says Rome doesn’t have good international food options has never been to Esquilino.

Here, amidst gorgeous, convivial piazzas, one can find delicious Indian, Chinese, Bangladeshi, Thai, and Ethiopian options (to name a few). But beyond food, Esquilino offers a diverse shopping scene, as well as numerous stores, galleries, and cafés centered on books and academia. Read on to learn more about this colorful and inviting neighborhood.

On sunny days, Piazza Vittorio Emanuele II, Esquilino’s biggest and most central piazza, is the perfect spot for a picnic and don’t miss the pop-up gelato shop outside the entrance opposite the Vittorio Emanuele metro stop. Wander around the recently renovated piazza and look at the Magic Door, the former door to the alchemy lab at Villa Palombara, a 17th-century villa that was torn down during the construction of the Esquilino district. Legend has it that the mysterious inscriptions on the doorway may contain the secret to producing gold, though, no one has been able to decipher them.

Via Principe Amedeo, 184
Open 5am – 3pm every day except Sunday

Mercato Esquilino is in a spacious warehouse behind Piazza Vittorio Emanuele II and in front of Termini Station. This market is the place to go for ingredients that cannot be found in traditional markets or supermarkets: in addition to local meats and product, Mercato Esquilino offers an extensive selection of international spices, grains, fresh and dried fruits and vegetables, snacks, and Islamic and Halal meats. Mercato Esquilino also has booths for clothing and household goods. This is a great place for an adventurous food lover. One can easily lose track of time pursuing the numerous booths.

Palazzo Merulana is a sleek, chic yet welcoming cafe-museum-art gallery combo is located on Via Merulana. The café inside Palazzo Merulana offers an academic yet warm environment for studying, reading, or having deep conversations over a coffee or cocktail. Its art gallery and art museum, located on the upper floors of the building, focus on modern and contemporary art.

Founded in 1916, Teatro Brancaccio is nicknamed  “the Theater of Rome.” It has 1,300 seats, hosts performances ranging from cinema, plays, operas, musicals, dance, poetry, children’s theater, and more. Over the years, it has hosted performers such as Totò, Aldo Fabrizi, Louis Armstrong, Jimi Hendrix, and Fabrizio De Andrè. This is a fantastic cultural site for those interested in the arts, as well as those interested in getting involved with Rome’s performance art scene. Teatro Brancaccio is involved with numerous arts initiatives and frequently hosts workshops. Visit the website to learn about upcoming performances and events.

The Basilica de Santa Maria Maggiore is the largest Catholic Marian church in Rome. Its construction began in 435 AD, and it features a blend of baroque, Romanic, and medieval architecture. The bell tower of the Basilica stands on Esquilino Hill at 75 meters of height, the tallest in Rome. With its rich history and grand interior, it will be sure to impress many as they make their way through its doors.

Chiesa di San Vito, also known as Chiesa dei Santi Vito e Modesto, is known for its hybrid appearance. The small church has two facades: a marble facade and an ancient brick facade. The brick facade is a standing portion of the Servian Walls, ancient Roman defensive walls. It is connected to the Arch of Gallieno, a remnant of the Porta Esquilina (the Esquiline Gate), an entry point through the Servian Walls. The marble facade dates back to the late 1400s when the church was founded by Pope Sixtus IV. This church offers an interesting glimpse of Rome through the ages. It is a must-see sight to see for anyone interested in history or archaeology.

Basilica di Santa Croce in Gerusalemme is a gigantic, decadent church. While the site dates back to around 270 AD, it did not become a church until 325 AD, when Emperor Constantine’s mother Helena reconstructed the site to be a chapel for holy relics recovered from Mount Calvary, the site of the Passion of Christ. For this reason, it was one of the seven basilicas along Rome’s pilgrimage route. In addition to impressive frescoes and mosaics, Basilica di Santa Croce in Gerusalemme still houses holy relics such as thorns from Jesus’ crown of thorns, a nail, remnants of the Holy Cross, and the Titulus Crucis.

Come indulge in this sophisticated Italian restaurant owned by two Italian brothers. Highly recommended by locals, the eatery’s best-loved recipes are its egg custard and truffle dishes. The traditional and authentic feel and taste of the restaurant will have you come back repeatedly. Make sure to book a table in advance as seating is limited.

There is no better place for this unique Chinese dining restaurant than in Esquilino itself, as the neighborhood is often nicknamed the “Chinatown” of Rome with its abundance of diversity. Look no further than Hang Zhou da Sonia to get your Asian food fix, as their extensive menu is enough to satisfy any palate. Sample their dumplings to start, followed by their raved-about Sichuan-style spicy chicken.

Casadante is a spacious, open-concept restaurant. It is a trendy, intellectual vibe, and delicious food to match. The cuisine is primarily classic Roman, but the menu also features a selection of DOP hamburgers, plus an alluring wine list. Casadante is located off Piazza Dante.

A great place to get a taste of many rustic Roman specialties, such as trippa, coratella, and pajata to name a few. Perfect for family style dining to try multiple different dishes. The seafood pasta is quite a popular choice on the menu. And despite their offal offerings mentioned above, there are surprisingly great options for veggie eaters as well.

Even if you do not have a sweet tooth, stopping by Regoli for a pastry is an absolute must. Choose from a variety of cream-filled pastry puffs, crostatine (jam tartlets), cookies, and other delicious Roman sweets.

What is a neighborhood without a go-to gelato place? This gelateria, open since the mid-1860s, has been a staple for many either visiting or living in Rome. The value of the exchange of gelato is well worth the trip to Esquilino. Unlike many gelaterias, Palazzo del Freddo has plenty of seating for everyone.

Some rave about their desserts and coffee, others rave about their aperitivo. Either way you have it, Panella is a must when visiting Rome to try traditional Italian pastries, pizza, and coffee. Walking by the restaurant alone is enough to make you want to stop in – their extremely tempting display of sweets gets their customers every time.

There is a reason tourists and locals alike come here repeatedly. They serve up fantastic cucina romana including their legendary bucatini all’amatriciana. This family-owned restaurant has kept the traditions running for decades and it does not look like it will stop anytime soon. As the saying goes, come hungry, leave happy.

With Esquilino being one of the most diverse neighborhoods in Rome, it comes as no surprise that one of the best Indian restaurants in the city is situated right next to Piazza Vittorio Emanuele. This is the perfect spot if you are craving a break from pasta, pizza, and other carbs: indulge in their wide selection of Northern and Southern Indian meat, fish, and vegetarian dishes in a warm, and inviting environment.

Mercato Centrale, newly opened as of October 2016, has become the go-to spot for foodies. There was no better place to have Mercato Centrale than Rome’s own Termini Station, right in the heart of the Esquilino neighborhood, a place where both weary travelers and locals can eat well. Mercato Centrale is a one stop shop for all tastes and food needs – here you can find everything from sweets, to pizza, to vegan meals, and more. While the first floor is perfect for casual dining, the second floor is used to house special events and culinary experiences. Upstairs you’ll find acclaimed chef Oliver Glowig’s restaurant La Tavola, il Vino, e la Dispensa, which features Roman dishes revisited. There are also products available to purchase to take home and replicate Glowig’s dishes.

The Gatsby Café is an intimate cafe and bar themed after F. Scott Fitzgerald’s titular novel, with decadent and playful 1920s style wallpaper and decor. This is another beautiful place to stop for a coffee or cocktail-especially in the evening when it turns into a jazz bar. The Gatsby Café is located across the street from Piazza Vittorio.

Circolo Vittorio is a restaurant and bar with a trendy, adventurous atmosphere. Decorated to feel like a chic stop along with a jungle safari. This is the perfect spot to enjoy a dinner date or cocktails with friends. The menu features traditional Roman and Mediterranean dishes prepared with attention to detail and creative flare. And don’t miss out on their specialty cocktails! Circolo Vittorio often hosts DJs on weekend evenings, if you’re looking for an exciting night out in an ambient environment, this is the place for you.

Located across from Piazza Vittorio, Quartino Enoteca is an elegant and inviting wine shop, restaurant, and bar that feels like a library for wine. Literally- its walls are lined with rows upon rows of wine bottles. Its selection focuses on Italian and French wines, with over 2000 labels in stock. In addition to an extraordinary wine list, Quartino Enoteca offers a menu of Italian, international, and fusion dishes. Each item on the menu is ready to be paired with the perfect wine, just ask the staff.

This industrial style loft lounge is a great place to get together with friends over cocktails or wine. The casual ambience and laid-back scenery provides an ideal spot for pre-dinner drinks or an afternoon spritz.

Materia Café, located near Basilica di Santa Croce, has a laid-back bohemian atmosphere. This café has a menu of healthy food options, such as avocado toast, a rice-based protein bowl, and many types of filling salads. Materia Café also offers a selection of teas and fresh-squeezed juices.

En Plein Air: A guide to Rome’s outdoor Cinemas in 2022

The Silvano Toti Globe Theatre is back from June 10 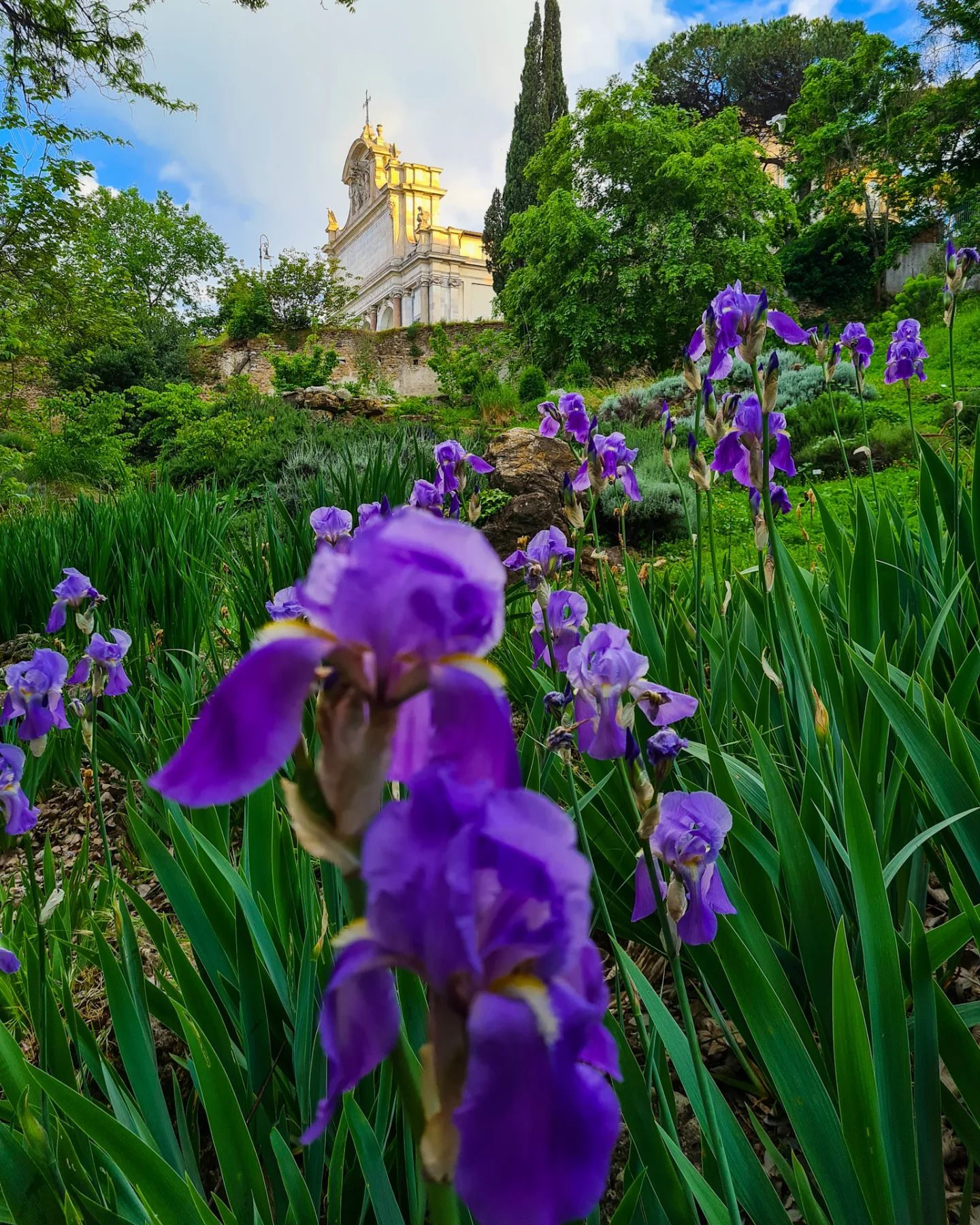 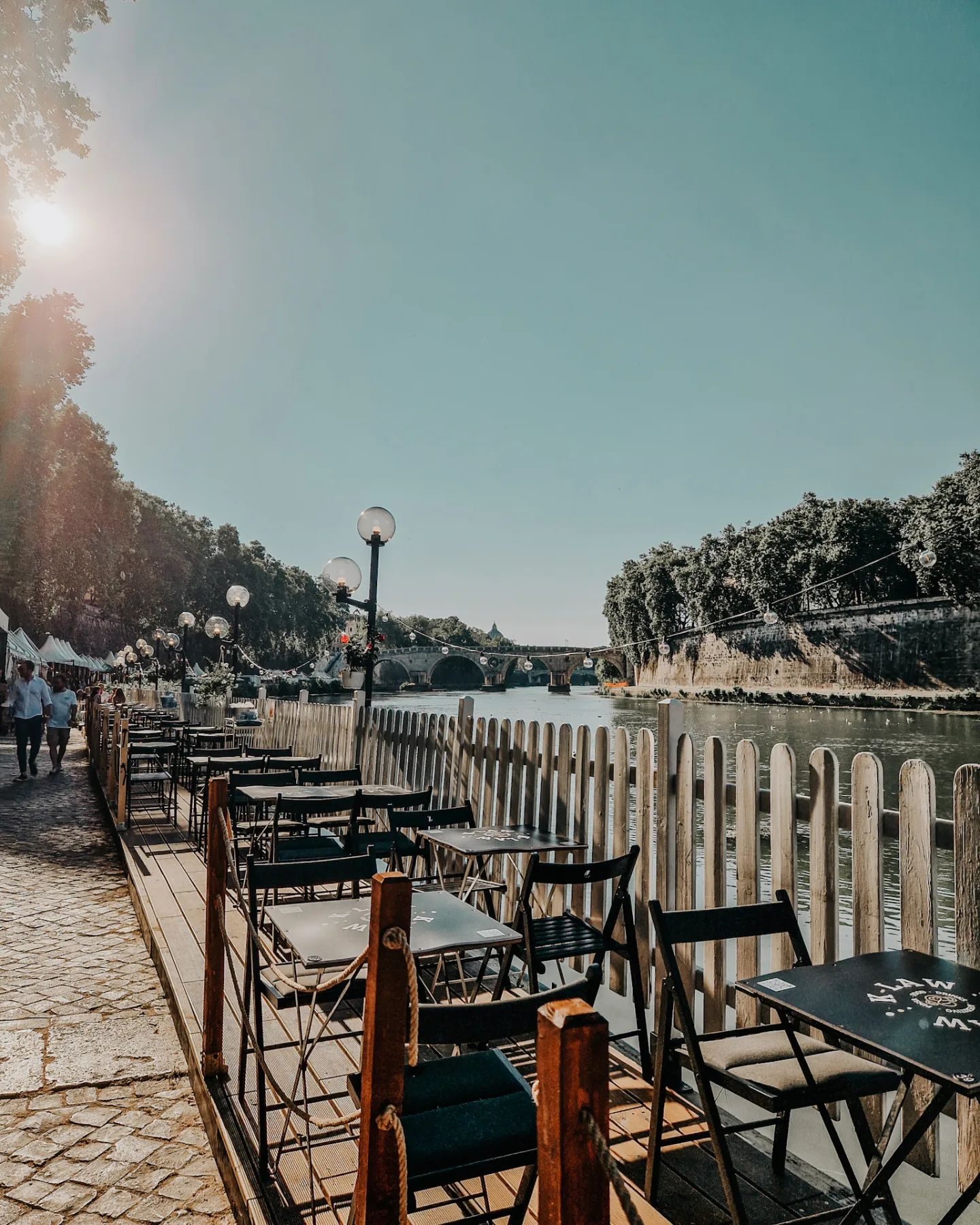 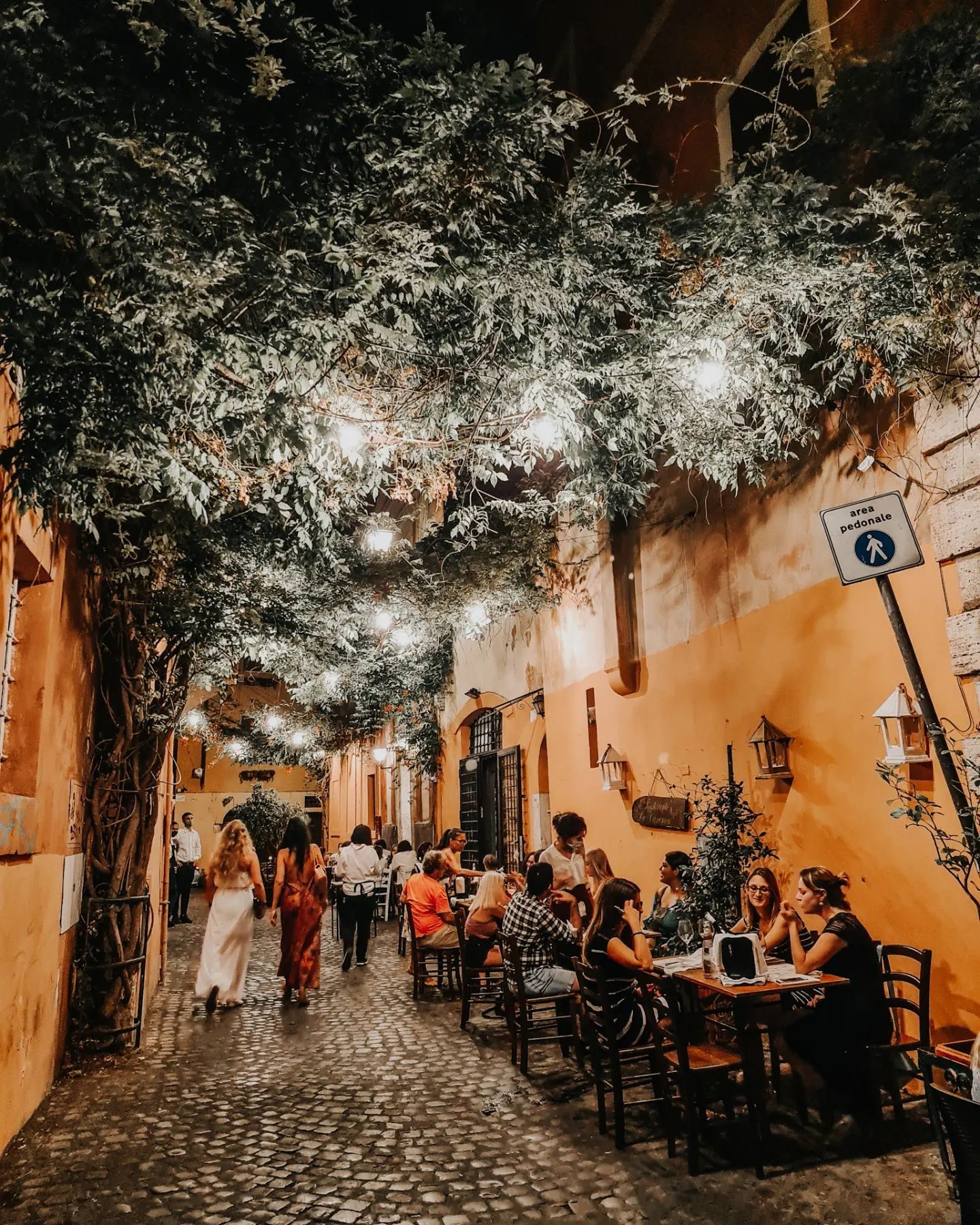 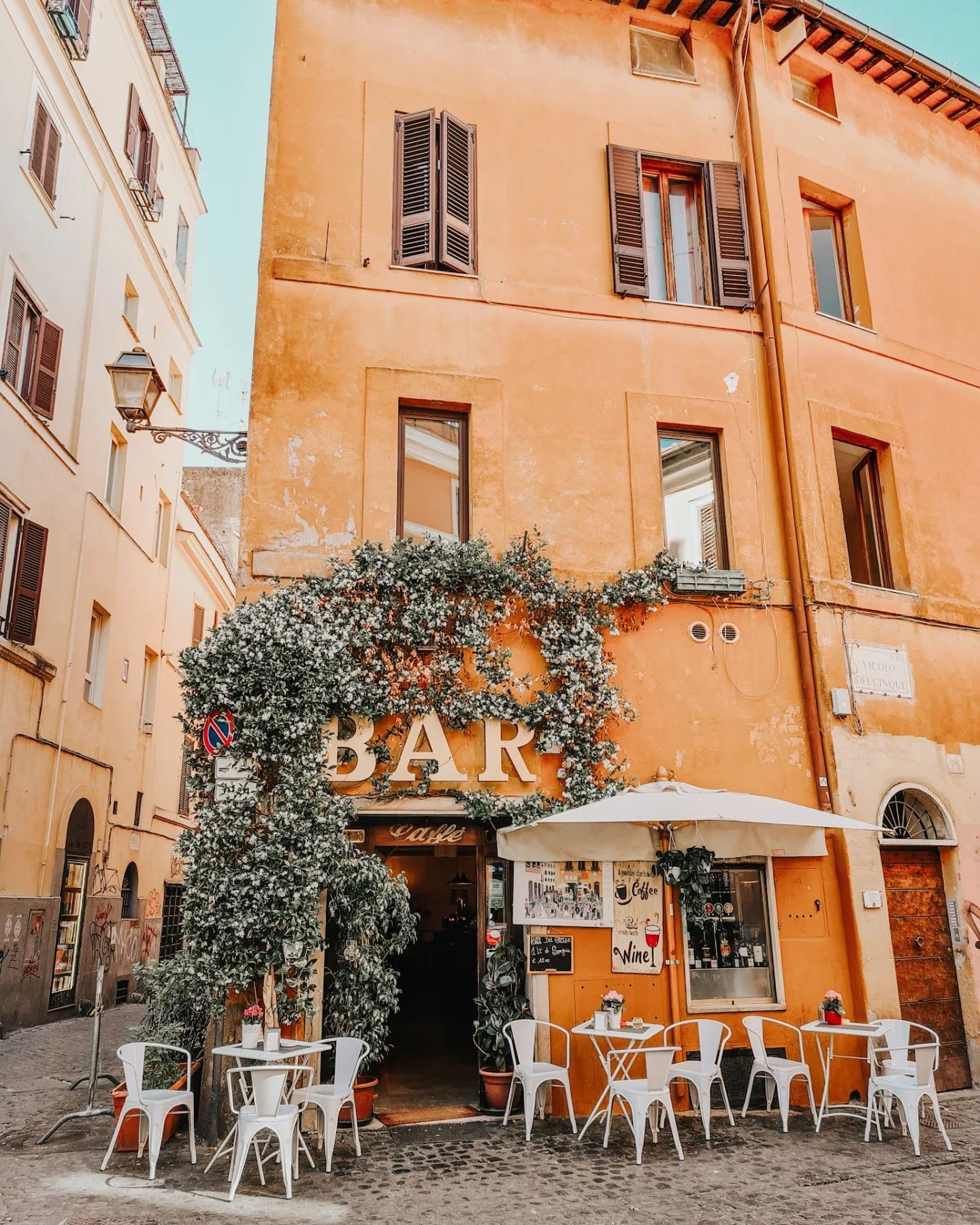 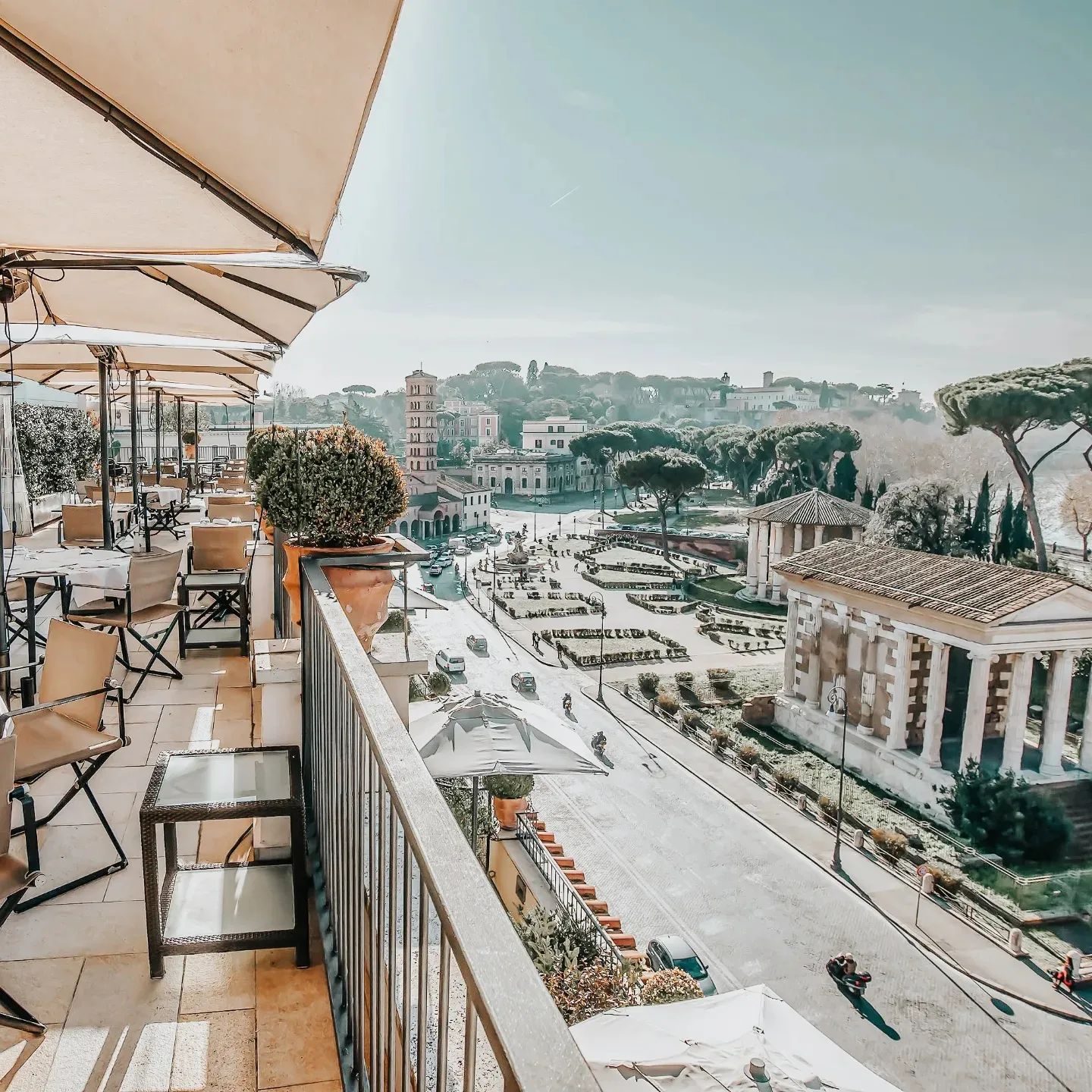 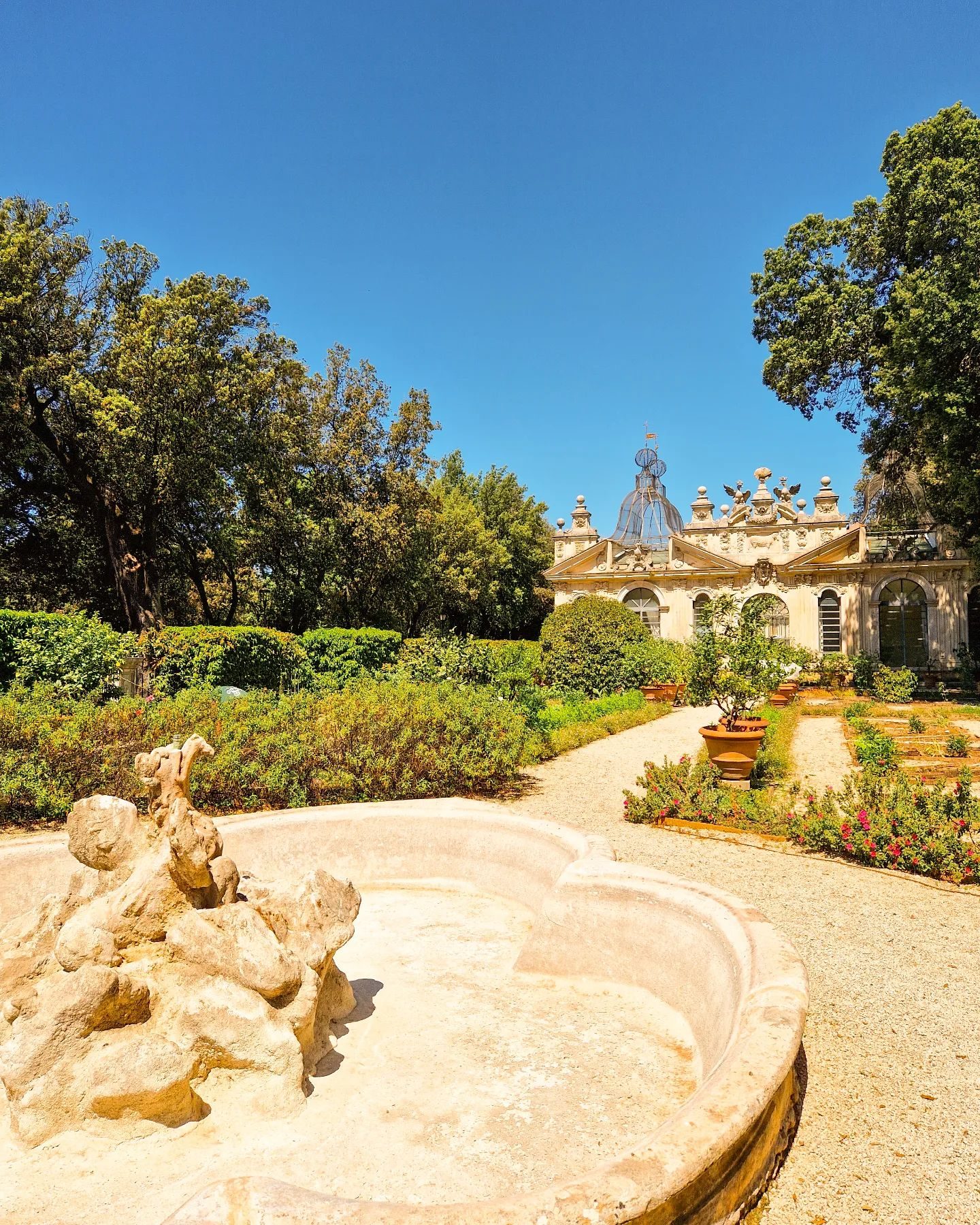